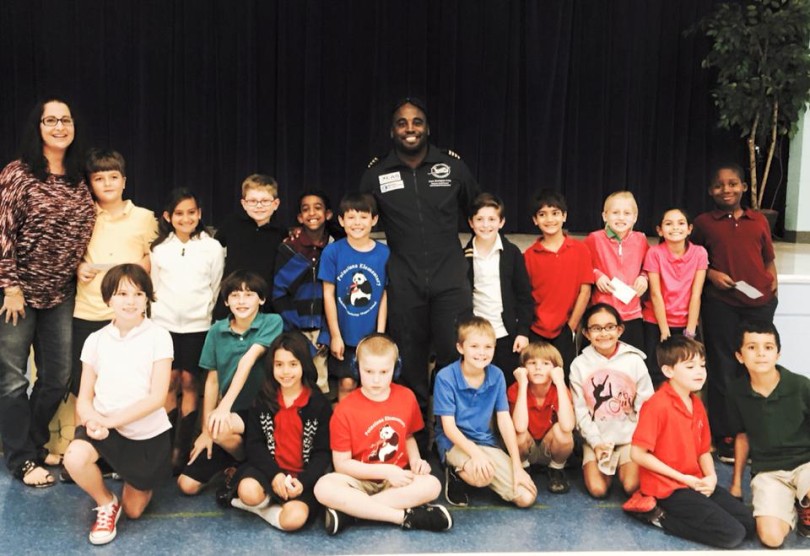 Jamaican pilot Barrington Irving inspired the students at three South Florida elementary schools, thrilling them as he landed his small helicopter nearby. Irving travels the world in his “flying classroom,” showing school children how science can be applied in the real world. Once on the ground, Irving discusses the students’ goals and what is possible in the fields of science, engineering and mathematics. Irving had visited a South Florida school in the past, but did not arrive there by air. He says he decided to visit the schools via helicopter to make a real and lasting impression on the students. Along for the ride to Pines Lakes Elementary in Pembroke Pines, the Royal Palm Elementary School in Lauderhill, and the Westwood Heights Elementary School in Fort Lauderdale, were the school superintendent Robert Runcie and vice-president of the school board Rosalind Osgood. They both said the ride on the five-seat helicopter was very smooth. Barrington Irving is a native of Miami. He made history at the age of 23 in 2007 when he became the youngest individual, the only African American and Jamaican to fly around the world alone. His flight was commemorated in the Guinness Book of World Records. Currently, he travels the world giving lessons with the goal of getting students excited about science.