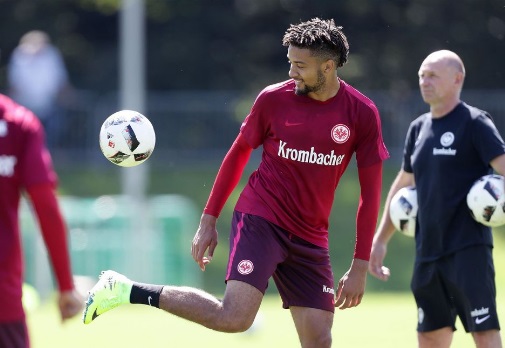 London born defender Michael Hector, who is also a Jamaican international player, has signed on to Eintracht Frankfurt for a season-long loan from Chelsea. Hector was a member of Antonio Conte’s first team squad during preseason travels to Austria and the United States, but continues to wait to make his first senior appearance for Chelsea following a move from Reading in a deal valued at £4 million in September 2015. Hector, 24, has been a fan of Chelsea since boyhood, coming through Reading’s academy and spending the 2015-2016 season on loan at Madejski Stadium. He will continue his development with Eintracht in Bundesliga; the team narrowly missed relegation following a 16th-place finish last season. Hectors was born in London on July 19, 1992, and has dual British and Jamaican citizenship. He had 17 caps for the Reggae Boyz and will wear jersey Number 15. at Eintracht. As a result of Hector’s move, Conte now has only seven senior defenders, including Ola Aina and American defender Matt Miazga, who is expected to leave on loan after he missed an open training session at Stamford Bridge on Wednesday.