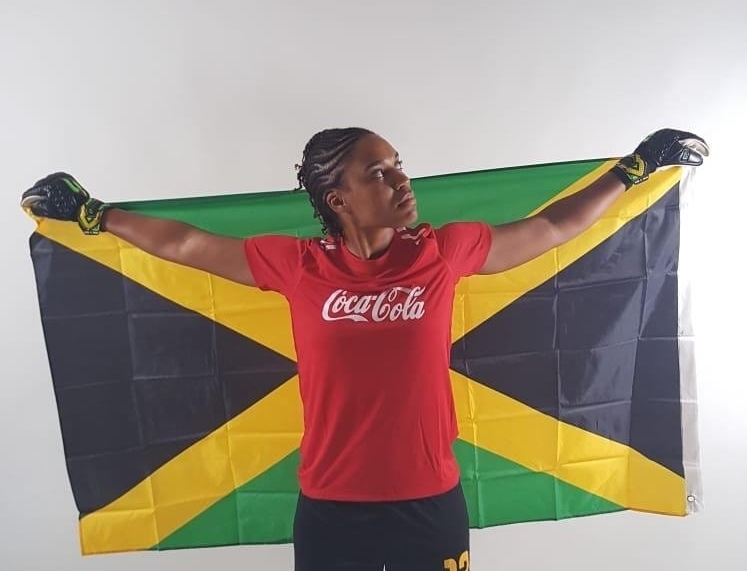 Nicole McClure, the goalkeeper for Jamaica’s senior women’s Reggae Girlz football team, is now serving as an assistant coach in the women’s football staff at Princeton University. McClure, 31, was a member of the Jamaican national team when it made its historic appearance at the 2019 FIFA Women’s World Cup tournament in France. McClure posted to Instagram that she was “super excited” to begin this new part of her career by becoming the soccer goalkeeper coach to the women’s Princeton Tigers team. The women’s program at Princeton has a strong reputation of fielding outstanding student-athletes, she added, stating that she is looking forward to providing guidance and being a mentor to the young women athletes. She is also excited to have the opportunity to learn from the team’s head coach Sean Driscoll and assistant coach Mike Poller as they work to prepare future leaders and continue the program’s success.

McClure is an American-born Jamaican who has played professionally for eight years. During her time at the University of South Florida, McClure was a stand-out performer. She also played for the Tampa Bay Hellenic before leaving the United States to play exclusively for European and Israeli clubs. McClure last played for Northern Ireland’s Sion Swifts WFC.

She began her experience with the Jamaican Reggae Girlz in 2008 when she joined the Under-20 team. Her first senior national appearance was in 2014. In 2019, she helped Jamaica qualify for the first time for the Women’s World Cup when the team finished third at the CONCACAF Women’s Championship in 2018. Jamaica’s bid for the Women’s World Cup occurred in the third-place match versus Panama, which went into a penalty shootout. Reggae Girlz coach Hue Menzies brought McClure on as a 120th-minute substitute for the penalty shootout, and she saved two of the four penalties she faced, and Jamaican won the match 4 to 2.

As part of the Princeton program, McClure will become part of a team and staff that won the Ivy League and qualified for the NCAA tournament in three of the five seasons it competed under the leadership of Coach Driscoll.