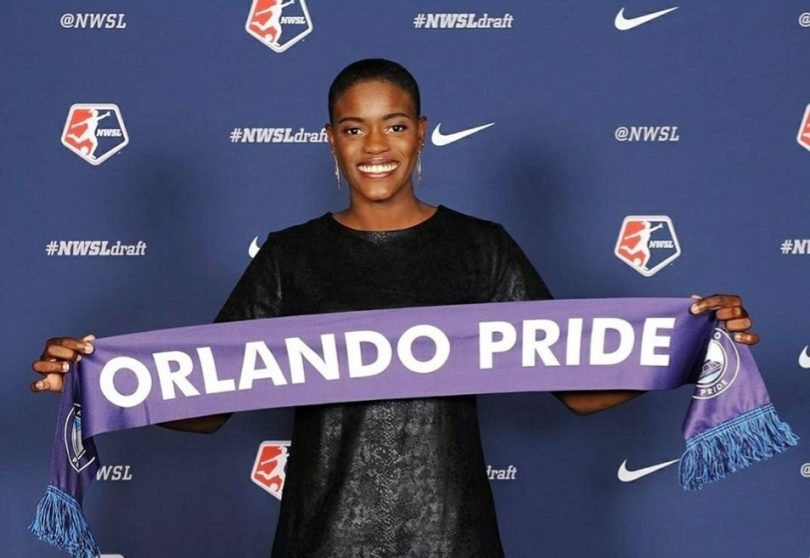 Konya Plummer, the captain of Jamaica’s Reggae Girlz soccer team, has ensured her place in history by becoming the first player born in Jamaica to be drafted by the Orlando Pride. Plummer was chosen during the 2020 National Women’s League Soccer College Draft. At the Baltimore Convention Center in Maryland. Plummer, 22, was the youngest person to be a team captain at FIFA’s Women’s World Cup in the summer of 2019. Plummer attended the University of Central Florida (UCF) and was drafted by the Orlando team with the first pick in the second round, being tenth overall. While Plummer played just 25 games for UCF, she made such a positive impression that she received the title of Defensive Player of the Year for 2019 from the American Athletic Conference. During her senior year, the Reggae Girl started in 16 games and played a minimum of 90 minutes in 15 of them. This number included four overtime matches. She also has attained a total of 20 international caps and one goal. Commenting on her draft by Orlando, Plummer stated to Sportsman TV that she was “very honored for this moment.” She went on to say that she expects her experience will have an impact on young kids in Jamaica and “show that if they work hard they can achieve what they want.” Plummer is a native of St. Mary. She attended Titchfield High School and began playing for Jamaica during her teen years. She moved to Florida when she was 16. In Florida, she was guided by Hue Menzies, former coach of the Reggae Girlz. Menzies served as a consultant to Jamaica’s national team in 2015 and then became head coach in 2016, according to the Orlando Pride newspaper. He said in an interview that Plummer was “the best of the younger players” and the team “felt like we needed to follow her.” Plummer moved up to the senior national team as a central defender before she was named team captain. Menzies noted that while she may seem young “on paper,” she demoFo,” Menzies added.