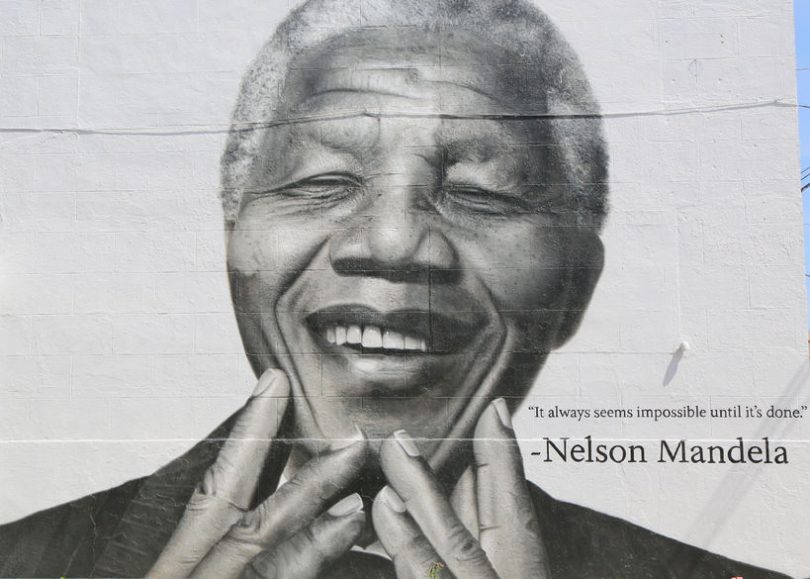 Today (July 18), we remember the life and legacy of the late South African president, anti-apartheid revolutionary, political leader, and philanthropist Nelson Mandela. Born July 18, 1918, Nelson Rolihlahla Mandela spent years in prison for opposing apartheid and upon being released was elected as South Africa’s first black president. In the western hemisphere, Jamaica was the first country to ban trade and travel with South Africa because of their brutally racist apartheid system of government (a system of segregation & discrimination on grounds of race). They were the second country in the world to take these actions with the first being India.

The message of reggae music has always been about African liberation, social change, justice and the struggle of common people for human rights. It’s no surprise that there are many songs dedicated to Nelson Mandela and apartheid in South Africa.

Nelson Mandela and his then-wife Winnie Mandela visited Jamaica in July 1991 and thanked the nation for their support.  Jamaican singer Carlene Davis who made a song for Winnie Mandela met with her during her visit to the island.

“She told us that the music from Jamaica motivated them to keep believing in the fight for freedom,” said Carlene Davis.