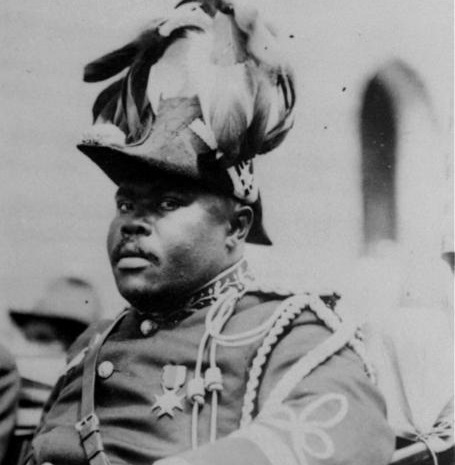 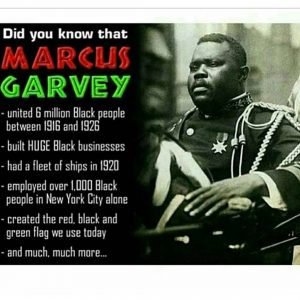 Roots Reggae performer Winston “Burning Spear” Rodney sang “No One Remembers Old Marcus Garvey”, but as we celebrate what would have been the 129th birthday of the venerable Marcus Mosiah Garvey, it’s time to right an American injustice that has been recognized as such by no lesser person than President Calvin Coolidge who commuted Garvey’s prison sentence.
On August 17, 2016, (in recognition of Garvey’s August 17 1887 birthdate) his son Dr. Julius Garvey will be holding a press conference in Washington , D.C. to kick off a socio-political campaign to pressure the President to issue a pardon. In an email being circulated, Dr. Garvey explains –
“We have reached the final stages of our campaign to exonerate my father, Marcus Mosiah Garvey. We have filed a petition with the U.S. Department of Justice and with the White House Council. This is the last legal avenue open to us as Congressman Rangel has tried with repeated Congressional House Resolutions and Congressman John Conyers has tried through the House Judiciary Committee. We are asking your support for this Posthumous Presidential Pardon”.

Raise your voice in support of the exoneration of the political strategist, journalist, publisher, businessman and Jamaican National Hero by submitting a petition letter to Akin Gump Strauss Haurer and Feld, LLP; Robert S. Strauss Building, 1333 New Hampshire Avenue, N.W., Washington, DC 20036-1564; to the attention of Melissa Chastang. The text of the Petition letter reads as follows:
Statement in Support of Posthumous Presidential Pardon of Marcus Mosiah Garvey
In recognition of his lifelong and substantial contributions to society, his efforts to uplift peoples of African descent the world over, and his work to promote economic independence as a means of social progress, The Coalition for the Exoneration of Marcus Garvey, stands in support of the descendants of Marcus Mosiah Garvey, who now seek a posthumous presidential pardon on Garvey’s behalf.
Marcus Garvey lives in history as one of the first leaders of the American civil rights movement. In the early twentieth century, he was an advocate for the social, political, and economic independence of those of African descent across the world, and Garvey staked his name and his movement on the development of economic opportunity as a source of black empowerment. To unite his followers toward a common goal of social progress, Garvey founded the Universal Negro Improvement Association and African Communities League (UNIA-ACL), which at its height boasted nearly 6 million members in 40 countries. In the words of Dr. Martin Luther King, Jr., “He was the first man on a mass scale and level to give millions of Negroes a sense of dignity and destiny. And make the Negro feel that he was somebody.”
Marcus Garvey’s life has been an inspiration for the 11,000 members of our organization, who have signed the petition I have attached to this letter. His groundbreaking work, The Philosophy and Opinions of Marcus Garvey, created a blueprint for the liberation of Africans at home and abroad. Garvey’s principles of Redemption, Education, Self-Reliance, Purpose, Entrepreneurship, Community, and Tradition (RESPECT) led to Garvey’s creation of the largest and most influential movement to advance black people’s interests in the world, launching the largest black economic development campaign, founding the largest black media empire to date, and inspiring nearlyevery black freedom fighter of the 20th century.
Because of these achievements, Garvey was viewed as a threat to the established order by the U.S. government. Decades before Dr. King would become targeted for his activism, J. Edgar Hoover led the Bureau of Investigation in its surveillance of Garvey and actively sought methods to disrupt and destroy Garvey’s civil rights movement. In 1923, based on intelligence gathered from undercover agents posing as Garvey supporters and aided by judicial proceedings that have largely been condemned as factually unsound and politically and racially motivated, Garvey was convicted of mail fraud and sentenced to five years in federal prison. In partial recognition of the unsettling facts underlying the prosecution of the case, President Calvin Coolidge commuted the sentence in November 1927, but deported Garvey from the country.
The posthumous pardon petition now filed on Garvey’s behalf seeks to exonerate him from the stigma of this conviction. Following the commutation of his sentence, efforts to fully clear Garvey’s name have been ongoing and concerted on the part of the U.S. Congress, civil society organizations, cities, states, and international groups. More than 90 years after the imposition of this injustice, it is time to exonerate Marcus Mosiah Garvey and let history reflect the true nature of his legacy.

The Coalition for the Exoneration of Marcus Garvey