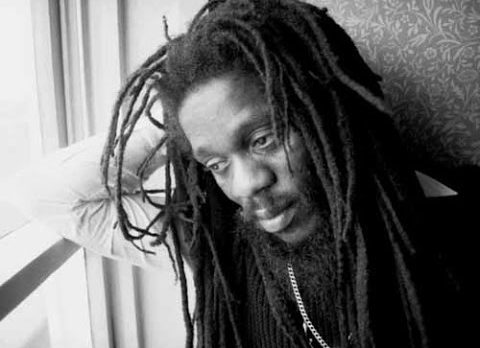 “Every singer who came after Dennis Brown, regardless of their pitch, wanted to sound like Dennis Brown.”- Producer Willie Lindo

These series of interviews, both audio and video about Dennis Brown were conducted from 2000 to 2010 in New York, Washington, and Jamaica. They were published in Jamaicans.com ten years ago. I spoke with reggae icon Freddie McGregor, singer Richie Stephens, singer-songwriter Ruddy “Home T “Manning and respected musicologist from SiriusXM radio Dermot Hussey, award-winning producer Mickey Bennett, and founder of 3rd World and head of the Caribbean, Latin American and Jazz Department at the Edna Manley School of Music College of the Visual and Performing Arts in Jamaica Michael Ibo Cooper.

Read what they had to say about the importance of their peer and friend Dennis Brown’s contribution to development Reggae music, his impact on its vocal styling and on their careers.

Dennis Brown died on July 1, 1999. He is the most influential architect of reggae music vocal styling. His rich enduring musical legacy is secured in music history. The mark of a great artiste is measured by respect accorded the artiste legacy by his peers. In reggae Bob Marley, the ‘Lyric Poet of Rebellion’ is the King of Reggae and its classical troubadour. Peter Tosh, the ‘mystic man’, and the music’ most ideologically militant exponent are Reggae Black Prince. Dennis Brown, the ‘Crown Prince of Reggae’ whose vocals defined and perfected the soul of reggae singing, is the genre’s ultimate stylist. 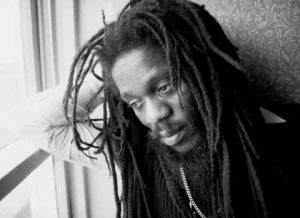 I spoke to Richie Stephens at Club Crossroads in Washington DC about Dennis Brown.

Richie Stevens is one of the premier vocalists in Jamaican music; he along with Bushman, Sanchez, Luciano, Frankie Paul, and Maxi Priest, to name a few, are disciples of the late Dennis Brown “The Crown Prince of Reggae” vocal styling. I spoke with Ritchie at Club Crossroads in Washington DC

SES: What does Dennis Brown mean to you?

RS: Dennis Brown is the main inspiration for my career. Growing up I saw Dennis Brown as the standard for reggae music, many of us listened and patterned Dennis. He was the soulful reggae singer … his attitude, charisma, and vibe were special.

SES: Beside Bob Marley, Dennis Brown is the second most important person in reggae music. His vocal style has been the most influential and defines reggae singing.

RS: I don’t know if I would say second to Bob Marley, D Brown was Marley’s favorite singer….I would give them parallel respect and honor despite the fact that Bob internationalized reggae. Dennis was an influence on Bob.

SES: Mickey Bennett refers to Dennis Brown as the “reggae singer’s singer” do you agree?

RS: Without a doubt, about half the music industry grew up patterning Dennis Brown’s style. That alone tells you the kind of impact he made on reggae.

SES: If his contribution were removed from Jamaican music what would we be left with?

RS: Certainly not the impact or development we get from Dennis Brown. Dennis Brown was the standard for Jamaican music. He was not only a singer, but he helped carve out that cornerstone of Jamaican music. We have to celebrate him now that he is no longer here.

SES: Why do you think he hasn’t been given a national honor in Jamaica?

RS: Sometimes it takes us to lobby for what we feel deserves for a great artist like Dennis Brown

I conducted a video interview with at the JFK Marriot Hotel at in New York City Freddie McGregor about his friend, Dennis Emmanuel Brown.

There was special friendship between Dennis Brown and Freddie McGregor both personal and professional. At the time of Dennis’ passing, McGregor was very instrumental in ensuring Dennis Brown was buried in Jamaica’s National Heroes Park alongside Jamaica’s national heroes including Rastafari spiritual mentor Marcus Garvey, Nanny.

SES: How would describe Dennis Brown to Jamaican music?

FM: A true icon of Jamaican music. There is no single artist out of Jamaica who has more # 1 singles than Dennis Brown including Bob Marley. Dennis plays, probably the most important role other than Bob in Jamaican music. He is Jamaica’s first child star; we could compare him to Michael Jackson, which is big deal as part of our music heritage where Dennis Brown is the concern.

SES: Many singers who came after Brown took a page out of his vocal style book.

FM: Most certainly, if you were a youth coming up, your influence would be Dennis Brown, he was the influence you would gravitate to, everyone tried to sing like Dennis Brown. You almost couldn’t help but try to sound like D. Brown. I personally had a great problem trying to find my own identity in terms of sound. It took me years of work when I realized the only way to establish my identity was to constantly record, which is what established my identity. If I didn’t I would want to sound like Dennis Brown.

SES: If Dennis Brown’ contribution were to take out of Jamaican music what would we have left?

FM: There would be void. The number of babies created from Dennis Brown’s songs takes up a good percentage of Jamaican population, which says it all. A lot of the youths born today in their 20’s were, as a result of Dennis Brown’s music.

SES: You and have talked over the years about the fact that he hasn’t received a national award, why do you think this is so

FM: When I received my OD (Order of Distinction), I said that my OD belongs to me and Dennis Brown until Dennis Brown gets his. Dennis Brown is more than deserving of an OD. Personally, I going to fight to ensure Dennis Brown get an OD. Dennis Brown play such an important role in Jamaican music, that nothing can erase the work he has done. The work that you have done is important because that is what people remember you for. Dennis has to be credited for the work he has done. Dennis is the only Jamaican artist to be buried at the National Heroes Park. [The Order of Distinction was posthumously awarded Dennis Brown  in recognition of great outstanding musical achievement by the Jamaican government on  National Heroes Day October 11th, 2011]

SES: You had a very close relationship to Dennis talk about what he not being here has meant to you?

FM: I loved to work with Dennis Brown because his presence played a great part in moving the music forward. It (his passing) left a void in the music which many tried to fill. Just Like when Bob moved on, it took a long time to try and catch up. Also, this made me have to step up my game and work harder. Now it is like I am working for me and Dennis in one. If you notice my shows are getting hotter than before and getting better than before. I realize that Dennis is not here so I have to raise the bar. It has been left to me and Beres. I am about putting on the pressure and I ain’t stopping.

This interview with Ibo Cooper was taken from a video series Stan Evan Smith did with Joseph Hill (Culture) Tony Rebel, Jimmy Riley, and Glen Washington at Rebel Salute in St. Elizabeth, Jamaica in 2000.

Michael “Ibo” Cooper is a founding member of the reggae band Third World. He was a vocalist, keyboardist, songwriter, and bandleader. He left the band in 1997. Ibo was a contemporary of Bob Marley and the Wailers and Dennis Brown and he toured with both.

SES: Ibo, tell us about Dennis Brown as you remember him?

Ibo: I remember little Dennis Brown; he was about 11 or 12 yrs old. It was at the Carib Theatre, Jamaica Independence stage show. He gave an electrifying performance and was a very charismatic person. He sang standard love songs and originals; He had the hearts of the people and had that welcoming smile. Dennis carried that youthfulness throughout his life, that spark, the vibrancy that eventually landed him the title the Crown Prince of Reggae.

SES: How would you describe his legacy?

Ibo: Dennis Brown made his mark on music…we do not want to narrow it and say reggae, his music will have an impact on generations to come the way Beethoven had an impact on Europe and Fela had an impact on Africa. When the future comes, Dennis will be one of the greatest names in music as a whole. Dennis was the man who could sing anything from, are you ready to stand up and fight, roots rock, black revolutionary message music (Revolution) to what would be considered dinner music ‘Wichita Line Man’ a Burt Bacharach’s standard. His vocal range covered a wide gamut. Dennis covered it all. [In 2010 National Public Radio (NPR) Dennis Brown was named by National Public Radio as one of the 50 Great voices in music along with Jazz great Ella Fitzgerald, Latin icon, Celia Cruz Nat King Cole and gospel icon Mahalia Jackson.

SES: Would you consider his vocal style one of the most influential in reggae music

Ibo: Without a doubt, Dennis Brown was the ultimate stylist. We (3rd World, Gregory Isaac & Dennis Brown) were together on the first Reggae Sunsplash tour outside Jamaica in 1985” Because he had so many hits and he was so popular, he was always a tough act to play on the same stage with. Whether we were on before him or had to follow him.

SES: What about him as a person?

Ibo: Dennis was a friend; we always had warm words, his welcoming smile, and a positive attitude. We enjoyed a friendship and camaraderie as persons.

Mikey’ Bennett on his relationship with Dennis Brown as a producer, and Brown’s impact on Jamaican music.

This transcript was taken from a video interview Grafton Recording Studio in Kingston, Jamaica,

Producer and songwriter Mikey Bennett produced two albums with Brown. According to Bennet; Brown is arguably the greatest singer in the history of Jamaican music, to never “hit the big time” in his musical career. His vocals possessed “that rhythmic quality to his voice, the smoothness with which he dominated the (reggae) rhythm track, making every song he sang sound like a Dennis Brown song.” Mikey Bennett says, Brown’s voice was big, with a gilded edge and his vibrato was unbelievable. His inimitable style, with its slow tremolo, gave his vocals an almost perfect tone and timing. He was able to transmit his charismatic personality with his voice, which epitomized a reggae singer. Brown is “the reggae singer’s singer.”

In shaping reggae vocal style and its impact Bennett said: “Brown’s vocals were the perfect bridge between the dominant American Rhythm & Blues and Jamaican singing… (That) if extracted from Jamaican music, would still, have Jamaican singers probably sounding like American R&B singers. He listed two of Brown’s greatest works the seminal albums “Inseparable” and “Love Has Found Its Way” as examples.

Dennis Brown vocals had both the authority and assuredness from his first recordings “No Man is an Island” and “Lip of wine.” Musicologist Dermot Hussey noted “Dennis Brown established prowess from a tender age and was definitive as result. He was thoroughly grounded in the classic song of the day international songs…which he admitted…he preferred to sing. With that kind of apprenticeship, he could sing anything. Producer Clement ‘Coxsone’ Dodd, the father of Jamaican music referred to Brown “god’s gift to the world’ because of his ability to just about “anything you gave him well.”