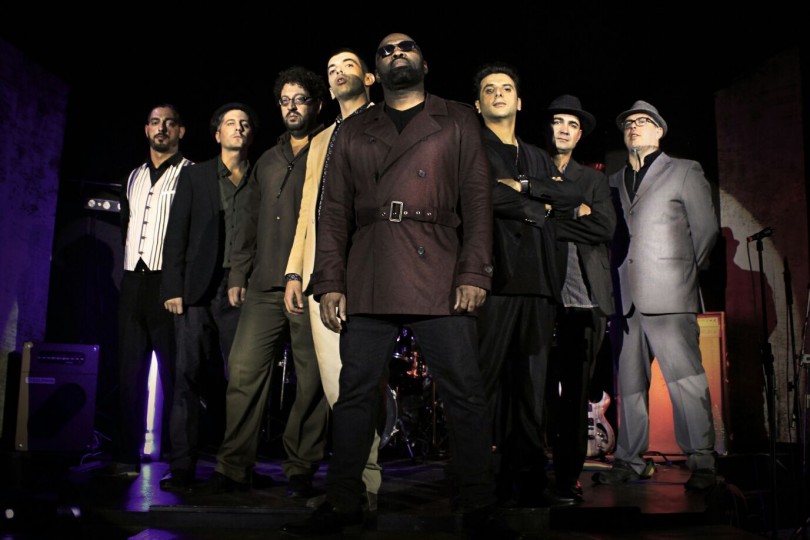 Stephens baritone voice is powerful throughout the video and grabs your attention from the very first note.

Last November the entire Skanation band made the trek to Jamaica for a two week stay to shoot ‘Fire Fire.’ Scenes were shot on location at Movie Star Bar in Kingston and Hellshire Beach, famous for its white sands and cool, clean waters. Other scenes were shot in Bernalda, Italy, famous for being the hometown of Academy Award filmmaker Francis Ford Coppola. Coppola’s directorial prominence was cemented with the release of the 1972 Godfather film which revolutionized movie-making in the gangster genre.

With over 31 years in the music business, Stephens has seen it all. He has travelled the world, performed on many big international festivals and recorded many different genres of music but this project – the formation of a 9-man ska ensemble – is one that is dear to his heart.

“I am extremely proud of this project which came together last year when I met the band at a festival in Italy. We both performed ska songs and did very well and that’s how the idea came about,” Stephens said of the musicians.

“There was no rush to complete the video, so we put together an impressive team of dancers and three talented videographers (one from Jamaica and two in Germany) who were able to capture a truly international vibe that comes across when you watch the video” he said.