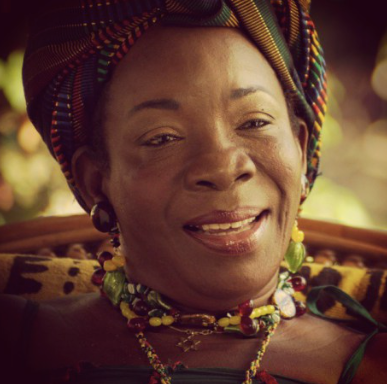 Rita Marley will be feted with a banquet at the Waldorf Astoria Hotel on Sept. 12 when the United Nations’ Women and the African Union Diaspora Africa Forum (AUDAF) toast their selection with the 2015 Living Legends and African Women of Excellence awards.

“To God be the glory,” she said after hearing about her honor.

“Whatever I do is not in vain. I know I’ve done hard work, and it was achieved by the work I do. I was not expecting this award.”

She is among a handful of prestigious women recognized as outstanding females of African descent representing a wide variety of disciplines ranging from entrepreneurs, artists, scientists to social activists.

The theme for this year’s celebration, “The UN at 70 – a new commitment to action,” will be a significant aspect of the ceremony to be marked during the 70th Session of the United Nations General Assembly.

Bermudan inspirational speaker Dennis Rahiim Watson has been tagged to deliver special remarks to all the awardees after they receive their prestigious honor.

The event pays tribute to two categories of achievers with presentations as Living Legends and Women of Excellence.

“I am honored to be counted amongst so many distinguished women who have previously received this award. I pray that I can continue helping to ensure that the aged are protected and that infants are cared for… according to our creed.”

Although her marriage in 1966 to Bob Marley, the king of reggae indelibly identifies her as his wife and the mother of their talented children and grandchildren the widow in her own right is deserving of the accolades showered on her due to her singing talent – first acknowledged with the Soulettes and later backing her husband as a member of the I-Three – and later establishing her own Rita Marley Music recording and publishing companies.

In addition, her persevering efforts to uplift the memory of her husband in a positive manner as well as the numerous monuments and memorials she enabled in his name, speaks volumes to her tireless pursuits.

Her entrepreneurial and philanthropic ability credits a home for teen-aged mothers in Kingston, Jamaica; book and back-pack back-to-school supplies to deprived youths throughout the island, an essay competition and a number of generous donations to the needy.

There she pursued a career as a nurse.

However, the path to a medical career was derailed by the allure of music and the Rastafarian movement which to her both represented Africa and self-awareness.

Much of her transition from aspiring nurse to an early coronation as the Queen of Reggae is documented in her autobiography “No Woman No Cry,” – a title associated with a popular hit song recorded by her spouse.

Initially published in English and Spanish, the book is due to be translated in Swahili, German and French.

Harambe, her quarterly newsletters keeps readers informed on her activities as well as those associated with foundations and charities she has established.

Throughout her adult years living in Jamaica, she is acclaimed for juggling a myriad of humanitarian causes while raising her children and maintaining the legacy of her husband who died when she was 35 years old.

In 1993, she moved to Ghana, Africa. Soon after establishing a home, she aimed her efforts at providing improved health care to elders. She immediately toiled to improve the conditions there by opening a health care facility and was acknowledged by the local chiefs who renamed her Nana Afua Adobeya1.

In Africa she also ensured the building of a recording studio in the capital city of Accra.

Two years ago she was named honorary citizen of Ghana with the rights and a passport afforded all nationals. That dual citizenship was earlier extended to her in 2005, in Addis Ababa, Ethiopia where her husband’s 60th birthday celebration attracted a massive crowd in the city’s Meskel Square.

The free concert billed “Africa Unite” featured all her famous children as well as members of the I-Three and coincided with a day-long symposia, special events at the United Nations headquarters there and also a gala VIP ceremony which was held at the home/palace of HIM Emperor Haile Selassie I.

Since that time Marley has been widely regarded as an advocate for the construction of a dam in Ethiopia that could/would redirect the flow of the Nile River from its Ethiopian source to Egypt.

With a promise to maintain the legacy left by her legendary and iconic husband in Africa she decided to regale his birth, the following years in South Africa and Ghana.

In Kenya, her name is associated with advancing numerous projects that could benefit the population of the African nation.

And she has been previously honored in Malawi as a living legend.

Marley has supported a myriad of advancement projects throughout the continent.

Her philanthropic contributions vastly extend from the Caribbean to Africa and throughout the diaspora.

In Jamaica she was conferred with a doctorate degree from the University of the West Indies. In 1996, the government there also bestowed the order of distinction, the sixth in national honor from the country.

Conferred “upon citizens of Jamaica who have rendered outstanding and important services to Jamaica, or to distinguished citizens of a country other than Jamaica,” the high honor added to Marley’s singular contribution to Jamaica.

On hearing of the latest honor bestowed, the Marley matriarch said, “I am honored, happy and humbled to be considered for the AWEA…”

“I feel highly blessed to be recognized in the same category as those distinguished Black female leaders.”

The award was conceived as a platform to recognize women of Africa, and of African descent, who have contributed to the struggle for political, social and economic independence at various levels, with excellence.

In commenting she encouraged Jamaican women, those throughout the Caribbean and Africa, to engage in positive works to uplift and motivate people.

“Our objective is to recognize and award women of African descent for their outstanding contributions to the struggle for freedom, development and peace in social, political and economic spheres and assures their commitment to providing this platform which not only celebrates but encourages other women to succeed in myriad professions and activities.”

At her second Caribbean home away from Jamaica, family and friends joined in wishing her continued good health and mostly complimented her on being named the recipient of the distinguished award.

Marley claims twelve children – those she birthed as well as her husband’s by other women — more than 60 grandchildren and one great grandchild.