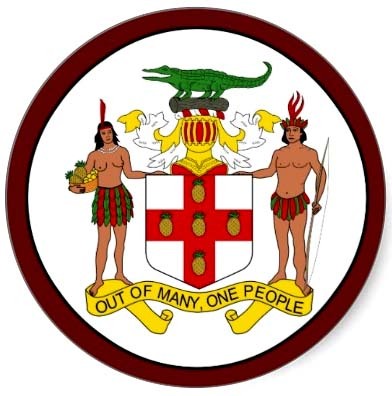 Jamaica was the territory of The United Kingdom from 1655-1962. The road to the Jamaican Coat of Arms was short but memorable. Below is a pictorial of the Jamaican Coat of Arms. The banner under the Taino man and woman used to say “INDVS VTERQVE SERVIET VNI” which mean “The two Indian will serve as one”. It was changed on On July 13, 1962  to say “Out of Many, One People”. The original was designed by William Sancroft, then Archbishop of Canterbury.