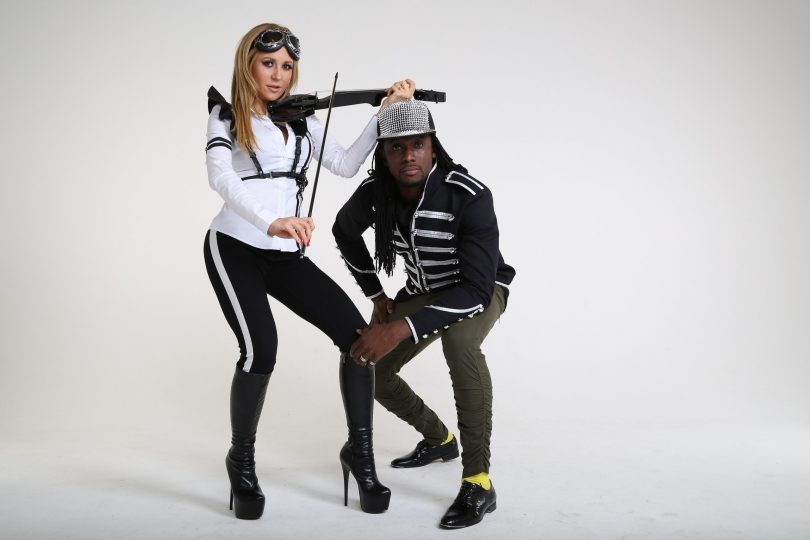 Orisha is an American of Russian and Brazilian descent. Singer, multi-instrumentalist, and dancer at nine years old, she was a child-prodigy virtuoso, touring in Europe and the United States. Since then, she has appeared on stage and in the studio with Stevie Wonder, Jimmy Cliff, Stanley Clarke, Anthony Hamilton, Flo Rida, Snoop Dog, Bone Thugs N Harmony, Sizzla, Sly & Robbie, Beenie Man, and many others.

Shel-K is a successful producer, singer, and dancer originally from St. Thomas, Jamaica. He has been producing songs for top Jamaican acts like Gyptian, I-Wayne, Sizzla, Beenie Man as well as international acts. For over three years he has been official “face” of the top Jamaican rum – “Wray and Nephew.”

1. How did Orisha Sound get started?
Orisha was the founder of the project, with intention of it being a “group,” “a musical experience.” I met Shel-K in Kingston, where I flew in to finish my first record. That year me and Shel-K co-produced two songs – “Sunshine Lady” ft Wayne Daniel and “Embrace it” ft Sizzla Kalonji. Both songs had commercial success and lead to one more track we worked on – “World War Three” ft Beenie Man. In 2016 Shel-K officially joined the group as a singer and Orisha Sound officially became a duo as you can hear us now. 2. Tell us about the different backgrounds represented in Orisha Sound?
Orisha is of Russian and Brazilian descent, with a Russian father and Brazilian mother, she grew up in Saint Petersburg, Russia. Music was introduced to her at an early age. While learning the violin, piano, guitar, and singing her creative passion developed. At nine years old, she was a child-prodigy virtuoso, extensively touring Europe and the United States. Later, she attended Music College and Saint Petersburg State Conservatory. At eighteen, Orisha moved to the United States where she graduated from the Musicians Institute in Hollywood, California. On the Los Angeles music scene, she quickly gained popularity as a musician recording with likes of Anthony Hamilton, Jae Deal, Devante Swing, Kanye West, Snoop Dogg, Stevie Wonder, and many more.

Sheldon “Shel K” Williams is a talented St. Thomas, Jamaica-born musician, producer, and singer/DJ. Prior to joining the Orisha Sound team, Shel-K produced several riddims which gained popularity in Jamaica; compilations such as “Kingston Riddim” and “My Life Riddim” featuring I-Waye, Droop Lion Anthony Que, Singer Jah, and other reggae artists. He has worked professionally as a dancer in numerous music videos and as a lead actor in major advertising campaigns for Red Label Wine, Claro, Wray & Nephew, and several international magazines.

3. Orisha Sound, What is the reggae scene like in Russia?
We have been travelling there regularly since the group was formed in 2015. Russia is a completely new market for Reggae music. We are often asked, “What it is?” and “What style of music is that?” They love it; from small kids, elderly people to young club hipsters. People ask us about the meaning of the words in our songs, want to learn new dance moves, and sing back our choruses.

We have sold out reggae river cruises spring and summer 2018 just as a single act on the show. Over fifty shows were performed by us over a ten month period in 2018. Even though most shows are in Moscow and St. Petersburg (main cities), we also get bookings as far as Kamchatka, which is on the other side of Russia bordering Alaska. Last year we received two awards in Russia – “Best People Awards,” “Best International Act,” and “Milagrana Award” (band of the year).

4. Who and what are some of Orisha Sound’s influences?
We are both very passionate about music. Creative artists who bring unique music always catch our attention; artists like Jimmy Hendrix, Bob Marley, Miles Davis, and Michael Jackson. We are often compared to the Black Eyed Peas, with a Jamaican flavor. But for us, the most important thing is to be “us” – to share our multicultural experience and music with the world. When we write, we mix live instruments and electronic sounds, bland reggae groves with anthem melodies. We create in the studio and take it to the stage to create a show around the songs.

5. Orisha Sound has shared the stage and backed quite a few of the most popular reggae artists. What is one of your most memorable performances with a popular reggae artist?
We did a great show at the Jamaica Jazz and Blues Festival with Beenie Man. It was a full eight-piece band and Orisha had an opportunity to sing the song as well as play a powerful solo at the end of the performance. If you ask me about the studio work, then working on the record with Jimmy Cliff, arranging recording strings for one of his songs. It was a great time working with the legend.

6. What style of reggae does the group sing/play most often? [Dancehall, Lovers, Rock, Conscious, etc.] What style do the majority of fans seem to prefer?
Our style is usually described as reggae world dance fusion. We don’t focus to be in a specific box of one genre, we mainly focus on the bland and unity of the different cultures. 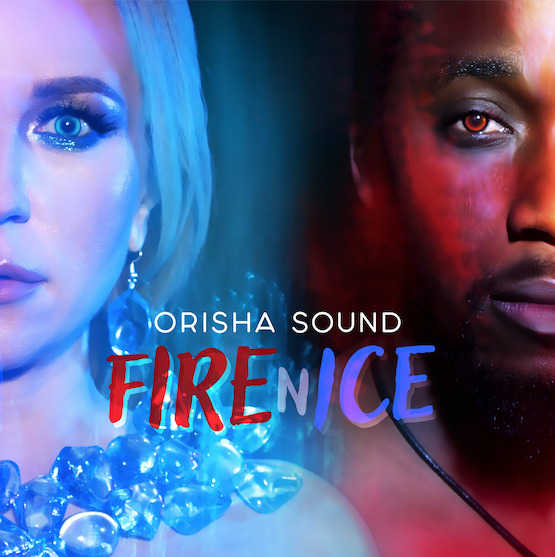 7. Orisha Sound, was the fact that Reggae is in Patois a barrier being you are Russian?
Let me specify – Orisha Sound is the name of the duo, which consists of two people – Orisha and Shel-K. As myself (Orisha), no. I love Patois. It is very musical and I can understand and speak it fluently. It didn’t come in one day. I had to learn and become one with the culture. I am very passionate about learning and love challenges. English is not my first language. I sing in many other languages, but Patois and English are still my top choice languages to sing in.

8. Do you have any closing thoughts?
The ‘Fire And Ice’ album makes a massive statement about the population of the world today. The name has been carefully chosen to demonstrate how there are indeed many, many polar opposites across all of our continents who need to co-exist in harmony, and Orisha Sound communicates this vital message through their unique brand of international urban reggae dance. ‘Oneness’ between different groups of people is a theme that runs at the very core of everything that Orisha and Shel-K release.

Their worldwide appeal is stronger than ever after a number of recent media appearances including BBC Breakfast in the United Kingdom and the 2018 FIFA World Cup in Russia, but they will always stay true to their Jamaican roots.