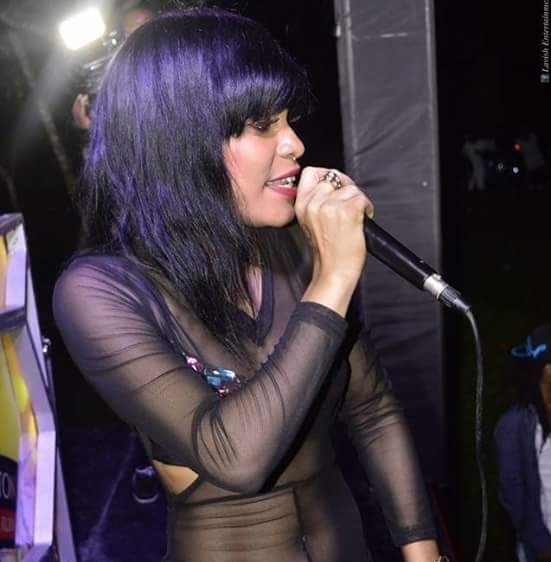 In this installment of Our Stories, Jamaican sinjay, Sasique talks about a custody battle for her first child….For many people, Jamaica is pictured as an island paradise – white sandy beaches, a beautiful and vivacious culture, rich and wholesome food, and attractive people. And while that image is not far from the truth, if the lens is focused on the inspirational stories of ordinary Jamaicans, you’d find a sharper, richer and truer image of the Jamaican experience…this is Our Stories! 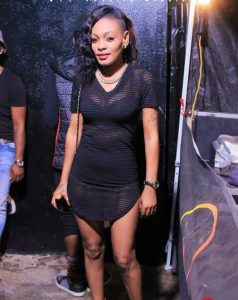 In 2010, the devoted mother gathered all her daughter’s belongings and rushed her to the airport to catch a flight destined for the United States of America. The child’s father, who is also a Jamaican entertainer, had successfully filed a US immigration petition for the child and while Markella was unwilling to send her daughter away, she believed he could offer a better life in the US.

Little did Markella know that, that bittersweet day in March 2010 was the last time she would see her daughter as she mulled her way through a nasty custody battle with the child’s father.

When I sat down with the “Real Bad Gyal” Sasique, she told me that she waited four years before she heard her daughter’s voice again.

1. Why did it take so long for you to hear from her?
Because the dad knows that she’s this type of child that always asks for her mother, he said to me he wasn’t gonna call me for maybe a month or so, him a try fi get har fi settle. Mi agree because I know the type of person she is.

Six months after mi cyaa hear from them, so mi a seh dis don’t look good. I texted him on Facebook…

2. Why didn’t you call him? Didn’t you save a telephone number for him?
Yes he gave me a number, but he changed the number. When I tried to call the number, I couldn’t get him so I sent him a direct message on Facebook and I said
‘You don’t think seh mi would really want to talk to mi chile. How yuh fi tek mi pickney and nuh want mi fi talk to har? Mi nuh know how she is.’
Him get vex and call me. Mi and him cuss wicked on the phone. From that mi nuh hear nothing at all. I don’t talk to her, no picture.

3. So since you weren’t getting through to her father, what did you do?
I went to the police station and told them the situation. Dem seh dem cyaa help mi because if I don’t have his number or address they can’t help me. They sent me to the CDA (Child Development Agency), they told me the same thing, that was in 2012. So I’m back to square one again, start live mi life normal but mi a tell yuh when it come to bawling, mi bawl.
When har birthday and mi cyaa really get fi tell har Happy Birthday, yea (voice breaks). It feels so embarrassing when people a ask…I always tell people ‘yea man mi hear from har’ (voice breaks).
Then now 2013, I called the embassy (US Embassy), they told me they can’t help me. Suh mi a seh ‘di big big embassy and dem cyaa help mi in a situation like this?’

4. In 2014, you finally got the opportunity to talk to her, what changed?
I got a call from the godmother and she said ‘*Calvin trying to find you so give me your number so I can give him’. I gave her the number and he called me. The reason he called me is because he wanted me to sign a paper for her. Him start friend me up back, till him end up start to mek mi talk to har.

When mi a talk to har on the phone she a seh, ‘Mommy I really miss you, please ask Daddy to make me come and look for you’. We keep talking for a month because he wanted me to sign the paper.

5. What was that document about?
When I read the paper, the paper is saying I should give him full custody so that he can file for citizenship for her so she can get her American passport so she can travel. Wah him basically a seh to me, the other kids dem have dem greencard and she don’t have any. She haffi a travel pan har Jamaican passport.

6. Did you sign it?
I can’t give him the full custody because there’s no way mi could give a person like that full custody who has my child for three years, mi nuh hear from har, no picture.
She (his manager) said to me, ‘well that’s the only way *Cathy can look for you. Don’t blight your daughter’s future.’ So mi sign the paper.
I kept on talking to her but the reason he kept me talking to her for like two months is because him want mi to sign a different paper. Him tell mi dat di first paper never work out because it was too early. Dem time a trick dem a trick mi and mi don’t know.

7. Why didn’t you seek legal advice before signing those papers?
No. Because mi respect di woman (his manager) so much.
I was talking to one of my friends and I was telling him what happened and he said,
‘dat a lie nothing nuh guh so, a trick dem trick you so dem can get benefits off a har, yuh nuh need to give him full custody, once him a citizen, she’s automatically a citizen because she’s a child.’
That’s when mi decide mi nah go sign the third one.

8. What is your message to parents who may consider sending their children to relatives abroad?

Sometimes, you want your child to have a better life and you feel like seh sending them away, abroad it ago betta fi dem but sometimes it nuh betta, it worst. It’s really not a nice feeling  to fi know seh yuh have your child weh yuh love so much and dem tek har, yuh cyaa hear from har, yuh cyaa see har. Only somebody who wukliss and don’t want nothing fi do wid no pickney would feel really comfortable in demself and nuh feel no way.

9. I know you’re still pursuing this legal matter and I sincerely hope you see your daughter one day. Now, let’s switch gears and talk about Sasique as the artiste, who is Sasique?
I’m a versatile artiste, mi do anything. Mi do soca, mi do Dancehall, mi do one-drop. It depends on the type of rhythm mi get. To the way the rhythm sound, if you send a soca rhythm, you go get a soca song, if you send a hip-hop rhythm, you go get a hip-hop song. Mi just all rounded.

10. Describe a memorable moment in your music career.
I think Magnum Kings and Queens, when I performed that night and mash up di whole place. I think my song was the biggest song that night.

11. Which song is that?
One song wa mi lick out ‘gainst di lazy man dem weh nuh wa go work. Dem just wa lay down inna bed and mek woman a mine dem (bursts out singing) ‘every man after 9 a waste a time…’

12. In the next five years, what would you hope to achieve as an artiste?
Cross over and be a big international artiste. Mi wa be di first Jamaican (female artiste to become international). Dem seh Lady Saw dweet but not as how Rihanna and a Nicki Minaj did it. Lady Saw kinna do it. Mi nah tek nothing from Mumma caz Mumma a di Saw but mi nuh think she reach da Nicki Minaj and Rihanna (level).

I’m working on it. I’m working with a manager now who is going to help me to take it to that level. And it comes with image, good songs, good material.

All the best Sasique and thanks for sharing your story!