On this day in Jamaican history: Sir Donald Sangster was born - Jamaicans.com 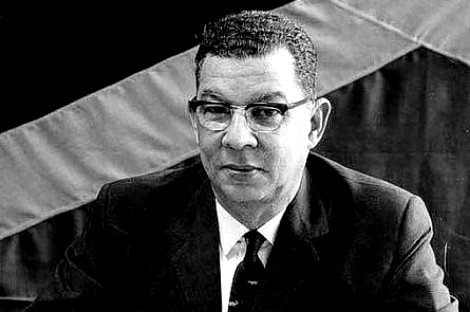 On October 26, 1911, Sir Donald Sangster, the second Prime Minister of Jamaica, was born in St. Elizabeth. and was an old boy of the prestigious Munro College in St. Elizabeth. Sangster was an avid sportsman and competed in cricket, football, athletics, and boxing while attending college. His interest in sports continued after he left Munro College. At one time, he was captain of the St. Elizabeth Parish team in the Nethersole Cricket Cup Competition.

He became a solicitor in Jamaica and began his career in politics in 1933 at the age of 21 when he was elected to the council of the Parish of St Elizabeth. He became the vice-chair of the Parochial Board in 1941 and its chairman in 1949. Sangster made his first attempt to enter national Jamaican politics in 1944 when he ran as an Independent for the St. Elisabeth seat and lost. He then joined the Jamaica Labor Party (JLP) and won the seat in the General Elections in 1949. In 1955, his party lost in the General Elections and he lost his seat in South St. Elisabeth. He contested a by-election in the same year for North-East Clarendon and won, however.

Sangster participated as a member of various public boards and committees during his life, including Manning’s Home Advisory Committee, the East and West St. Elizabeth School Boards, was Director of Jamaica Vegetables Ltd., from 1943 to 1949, and he played a prominent role in the scouting activities of St. Elizabeth. He had belonged to the Munro and Dickenson Trust, the Black River Drainage and Irrigation Board and a member of the Board of Governors of the Institute of Jamaica.

After the JLP’s success at the 1967 General Elections and his appointment as Prime Minister, Sangster became ill shortly after forming his Cabinet. He died on April 5, 1967. The Jamaican 100-dollar banknote features his portrait, and Sangster International Airport in Jamaica is named in his honor.