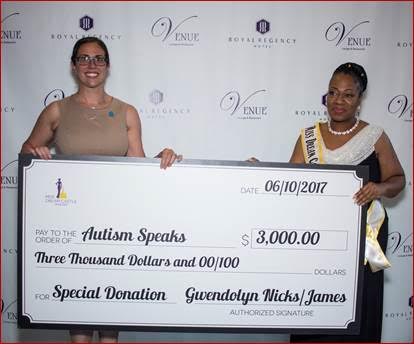 Sixteen year old New Yorker Jasmine Charlot was crowned Miss Dream Castle 2017 at the coronation held on Saturday, June 10 at the Royal Regency Hotel in Yonkers, New York. She beat out a small but competitive field of six contestants to take the crown, $1,500 cash and a host of other prizes including an all-expense paid 7-day/6-night trip for two at Dream Castle Villa in Montego Bay, Jamaica.

Before a fair-sized crowd, Charlot, who has plans of becoming a veterinarian for exotic animals edged out the 24-year old Alexis Patterson, who was adjudged first runner. Rounding out the winners were 24-year old Danielle Smia-Gray, second runner up, and Lehman College graduate Shekoya Gordon, third runner up.

The contestants were judged in five areas: smile, swimwear, talent, evening gown and Q & A.

A special feature of the evening was the presentation of the check valued at US$3,000 to Autism Speaks, representing part proceeds from this year’s pageant. On hand to accept the check was Jena Schneider, Senior Director of Field Development. This year’s benefactor was personal as pageant founder Gwendolyn Nicks-James, noted that it was a result of this organization her son Eric Johnson who begins college this Fall, received early intervention.

Entertainment for the evening was provided by the Manhattans featuring Gerald Alston, who serenaded the contestants. Steel pan soloist Kendall Williams and singer Mesha also entertained patrons throughout the evening, which was hosted by Lenny Green of 107.5 WBLS. This year, the contestants wore an exquisite array of evening gowns courtesy of D’Marsh Couture.

The Miss Dream Castle Pageant, which is open to women age 16-25, is the brainchild of Gwendolyn Nicks-James, owner of Dream Castle Villa in Montego Bay. This year’s event was co-produced by Glenroy March, Chief Creative Officer of House of D’Marsh. 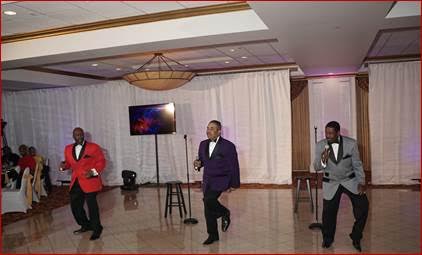 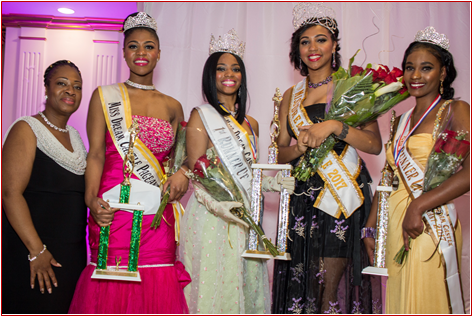