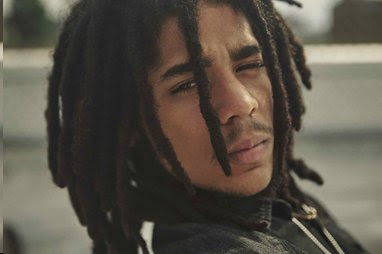 Skip Marley has confirmed he will be making his North American live debut as part of the 13-date Catch A Fire Tour with fellow Marley’s Damian and Stephen.

The tour starts on August 1st in Garberville, California and will be making stops in Los Angeles, New York and 9 other states throughout August and into September. On August 16th, Skip joined Stephen and Ziggy Marley this past Sunday for a very special “family affair” one-off show to celebrate Bob Marley’s 70th birthday as part of KCRW’s World Festival at The Hollywood Bowl. Full list of Catch A fire tour dates below.

Earlier this summer, the teenage multi-instrumentalist and songwriter released his debut single “Cry To Me.” The single is a refreshing reminder of the incredible talent and strong story telling sensibility that runs deep within the Marley blood. Recently Skip entered the studio with the legendary Jamaican rhythm section and production duo Sly and Robbie and plans to release more material later this year.

In other news, Skip Marley signed an exciting new publishing deal to Blue Mountain Music Ltd. This worldwide publishing agreement will cover all works from Skip’s upcoming release for Tuff Gong International, including the debut single “Cry To Me” which has topped the EDM.com chart.

Chris Blackwell (who famously signed Skip’s grandfather Bob Marley to Island Records in the 1970s) commented; ‘I am really excited to be working with Bob’s grandson, Skip. He has so much to offer.’ ‘I want to spread positivity through music,’ avows 18-year-old Skip Marley, like a mission statement for his life.

Soon to be known solely by his single first name, Skip is an abbreviation of ‘Skipper’, by which his grandfather was frequently known. ‘My mother, Cedella,’ he explains, referencing the reggae king’s eldest daughter, ‘was fond of this name and I guess thought it was the right fit for I.’

Skip’s husky singing and speaking voice draws up memories of his grandfather’s lilting tones. Does he feel the weight of his legacy?  ‘It’s not something you think about too much:  we’re just family and the understandings are passed on.’

Since the age of five, Skip has played piano, adding guitar and drums and ultimately songwriting as time passed. First recorded as a demo on his phone, the haunting love ballad “Cry to Me”, only the second song he ever wrote, concerns ‘a personal situation with a young woman I was dealing with. The words and the rhythm came to me all at the same time. It’s a love song, but I like to write about everything: ups and downs of life, poverty, girlfriends, God.’

“Cry To Me” is available now on iTunes. Be sure to catch Skip live on tour this summer and fall.