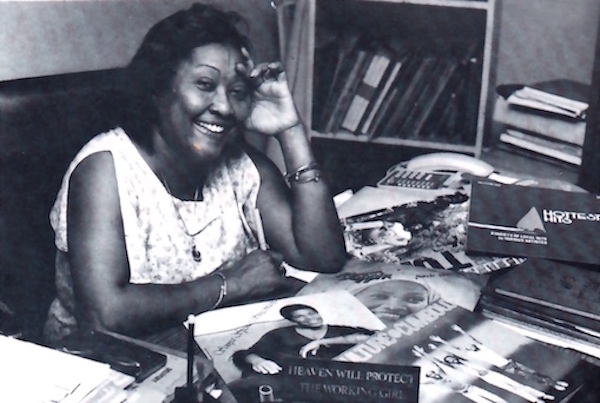 In the rough and tough of record production, many persons believed it was a man’s world and therefore no place for a woman. But Sonia Pottinger did not agree. She believed that women should be able to work at whatever they loved to do, and Sonia loved record production. This was during the 1960s shortly after Jamaica became an independent nation.

So Sonia worked very hard at learning the business of record production and over time became Jamaica’s first female record producer! She produced for several well-known singers, like Ken Booth and Toots and the Maytals.

Eventually she became owner of one of the largest and most famous record producing companies in Jamaica – the Treasure Island Label – which she bought from Duke Reid in 1974. And she also won the rights for the entire Treasure Isle Catalogue. A music catalogue is a complete list of all the records by a record label.

Duke Reid was one of Jamaica’s most popular record producers. He started as a disk jockey and sound system owner during the days of the ska and rock steady music. He would put his sound boxes in the back of a truck and hold dances all over the island.

Regrettably, Sonia Pottinger fell ill and died in 2010. We will never forget this bold woman who has left a proud legacy in our world-renowned musical journey.

Bold: To be brave, to be fearless, to do the unexpected with confidence.

Who is a Record Producer? A record producer manages all the areas of a recording artist’s work, from selecting the songs to be put on an album or CD, to working with the musicians to get the right tone, the background singers if there are any.