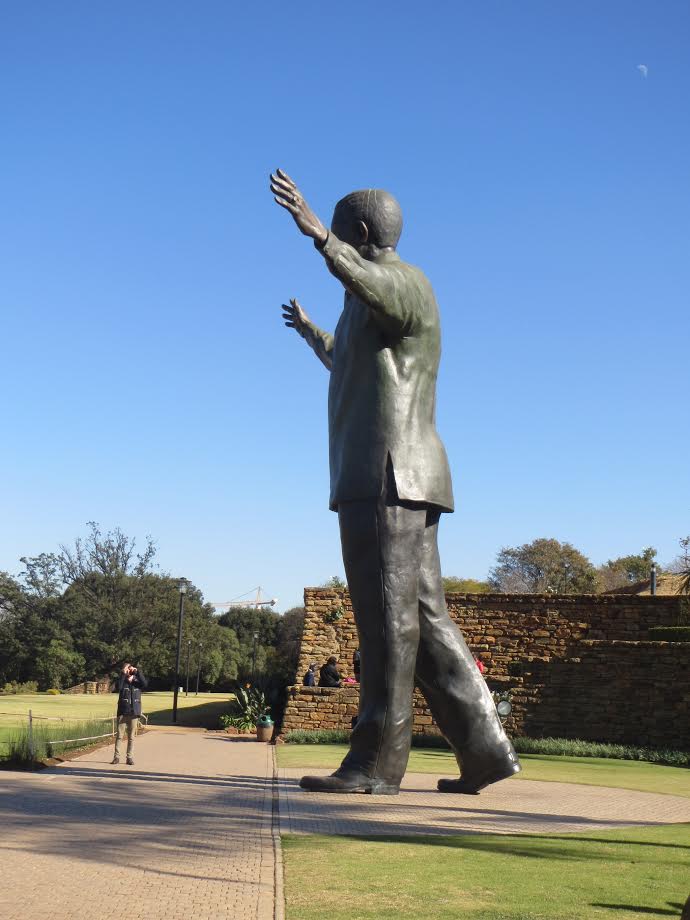 There is a plaque in Kristenbosch National Botanical Garden quoting Nelson Mandela’s words,
” I am happiest when I am in the wild because I can listen… As the poet says, ‘ In the still air music lies unheard, in the rough mountains, beauty’s height unseen’. I always feel the force of that sentiment when I am in this environment. And I am very happy that you have done me the honour of being associated with this remarkably place” 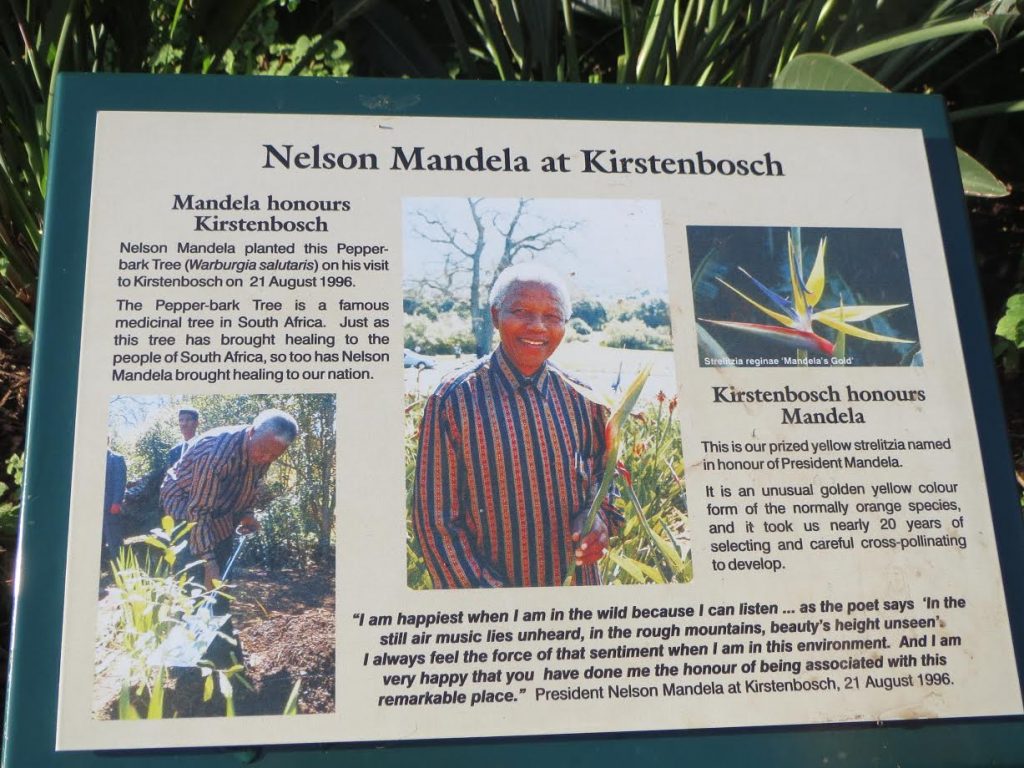 Like Nelson Mandela, I was happy to be in South Africa and the ” wild ” of Kruger National Park.

We toured Pretoria and saw the world’s largest statue of Nelson Mandela. 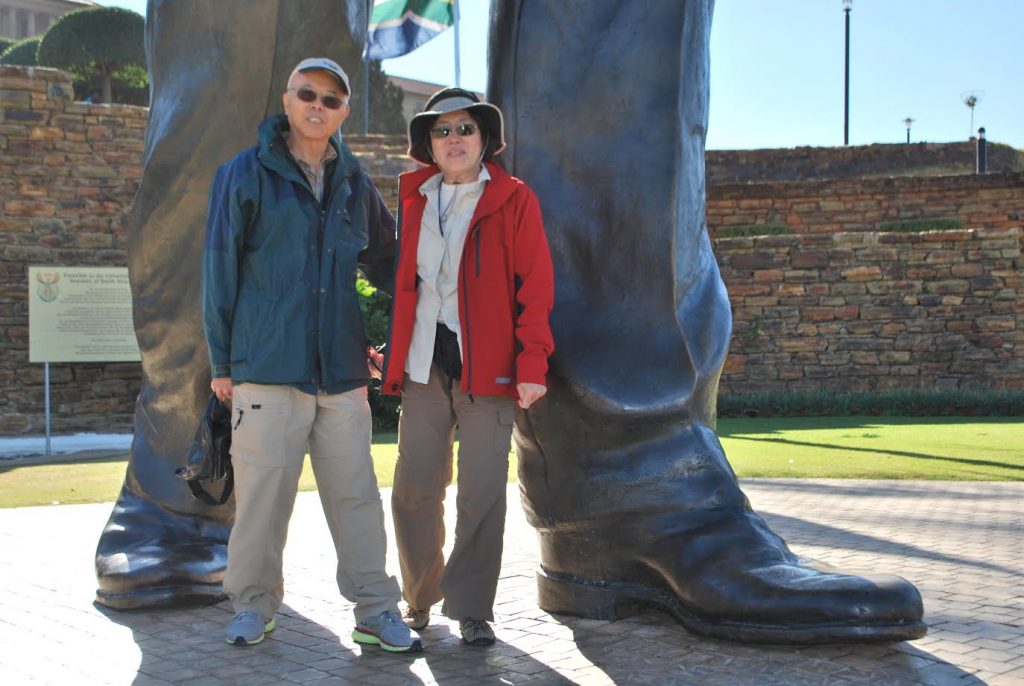 At the feet of Nelson Mandela

We toured Soweto which included a visit to Nelson Mandela’s house. His house is located down the road from Desmond Tutu’s house. Two Noble Peace prize winners lived on the same street within walking distance!

We took a boat ride across to Robben Island and were given a tour by a gentleman who was once a prisoner there. 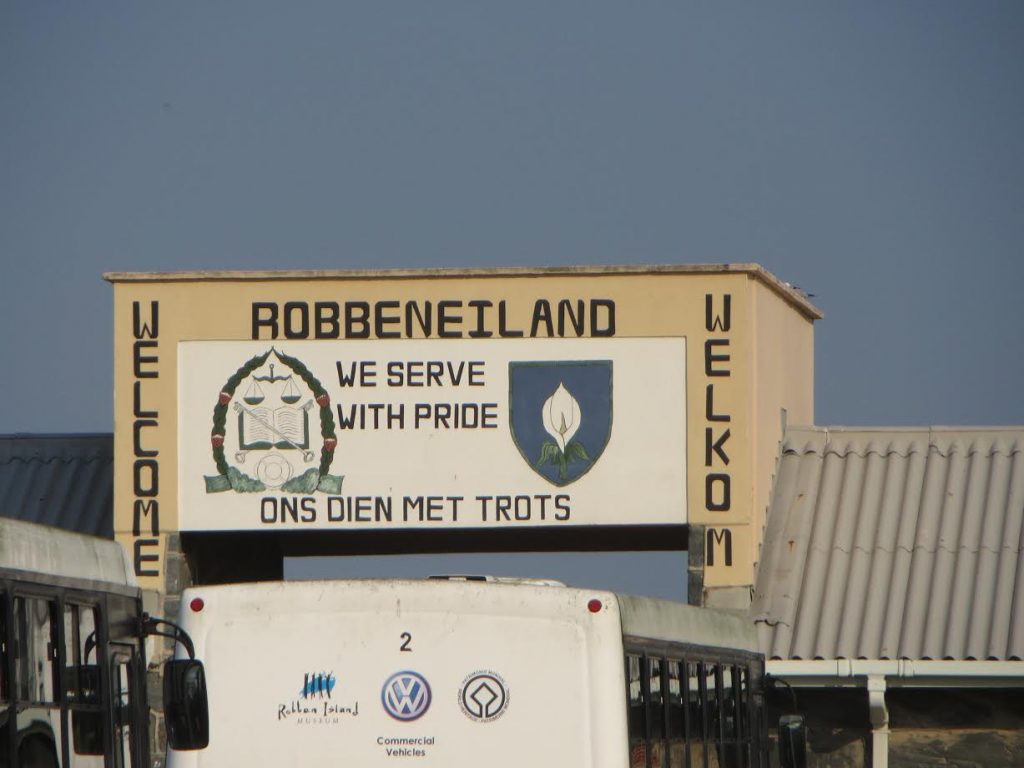 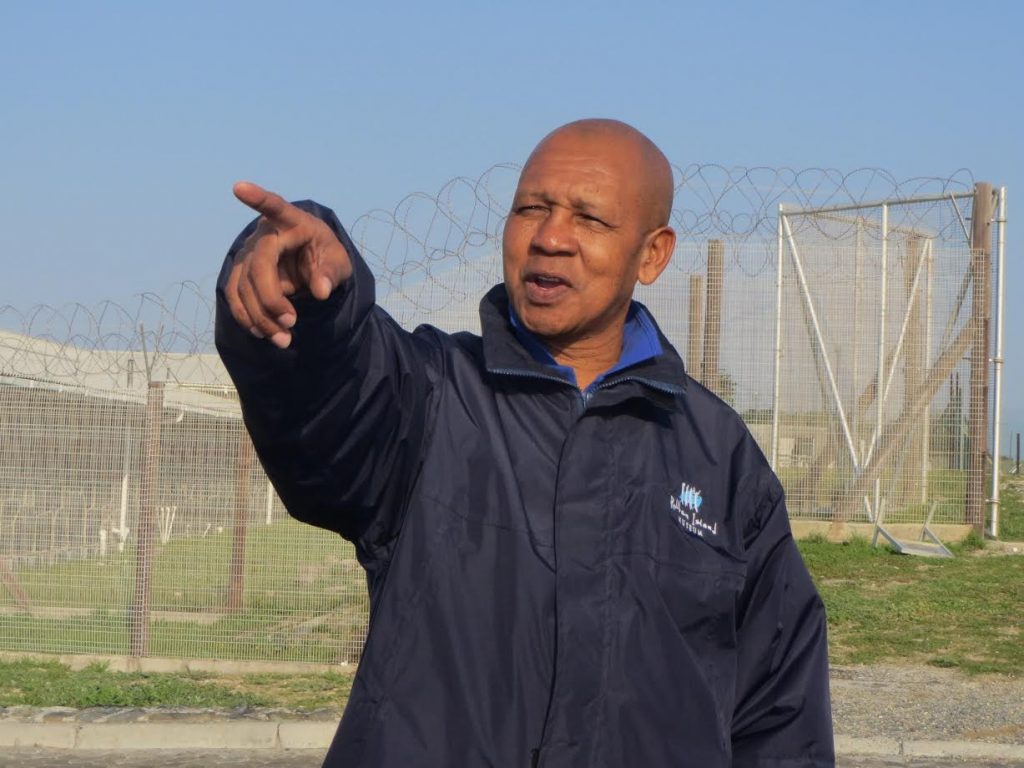 In Kruger National Park we went on “game” drives. I loved the ability to get close-up photos of the animals. I was able to get a photo of this baby cub who was running off and his mother grabbed him. 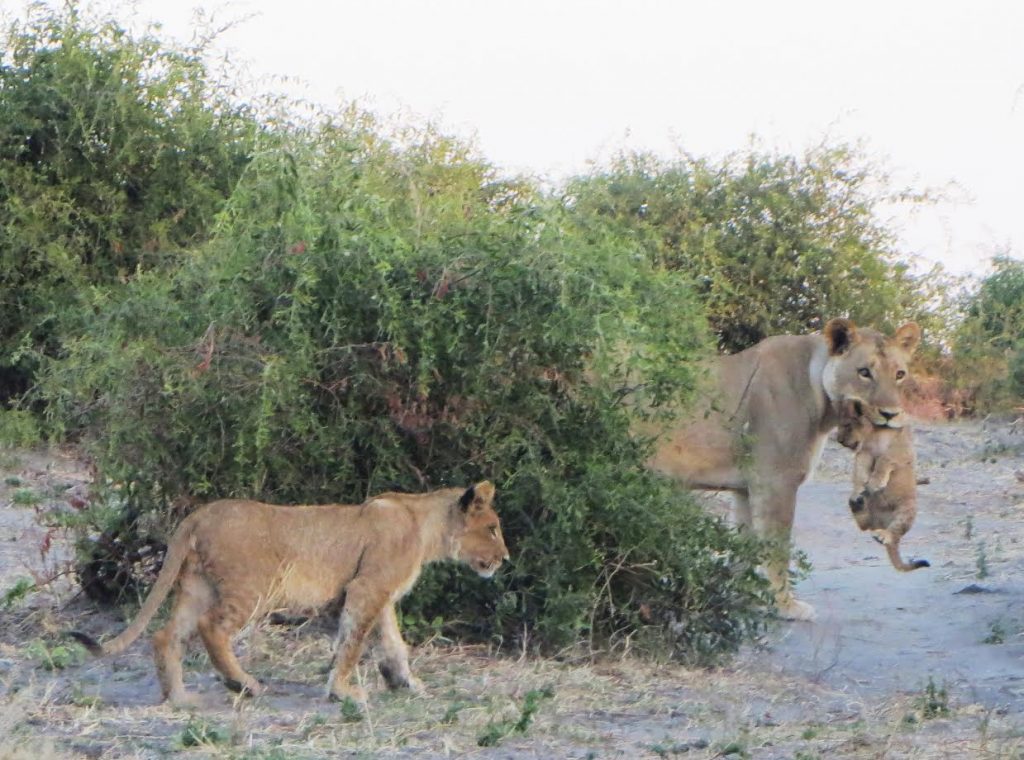 We enjoyed Cape Town and Cape Good Hope ( the most south-western point of the African continent ). 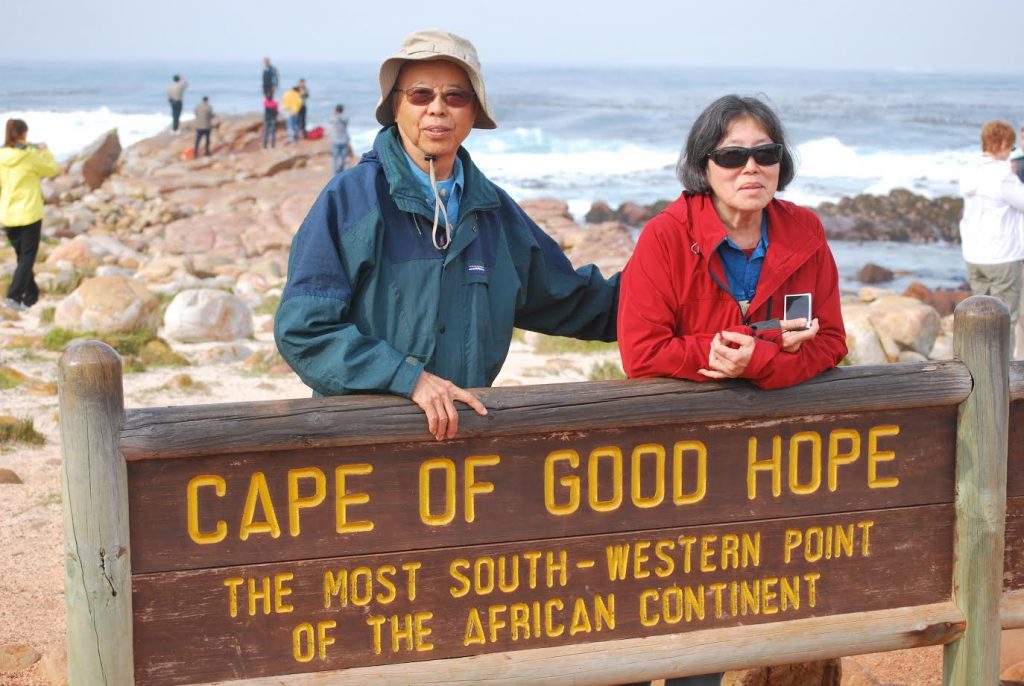 We had dinner with a local family. The children sang ” Yes, Jesus loves me ” with me and some of our group ate fried termite worms. If you are adventurous, you can try the worms. I am told they were chewy with no taste. 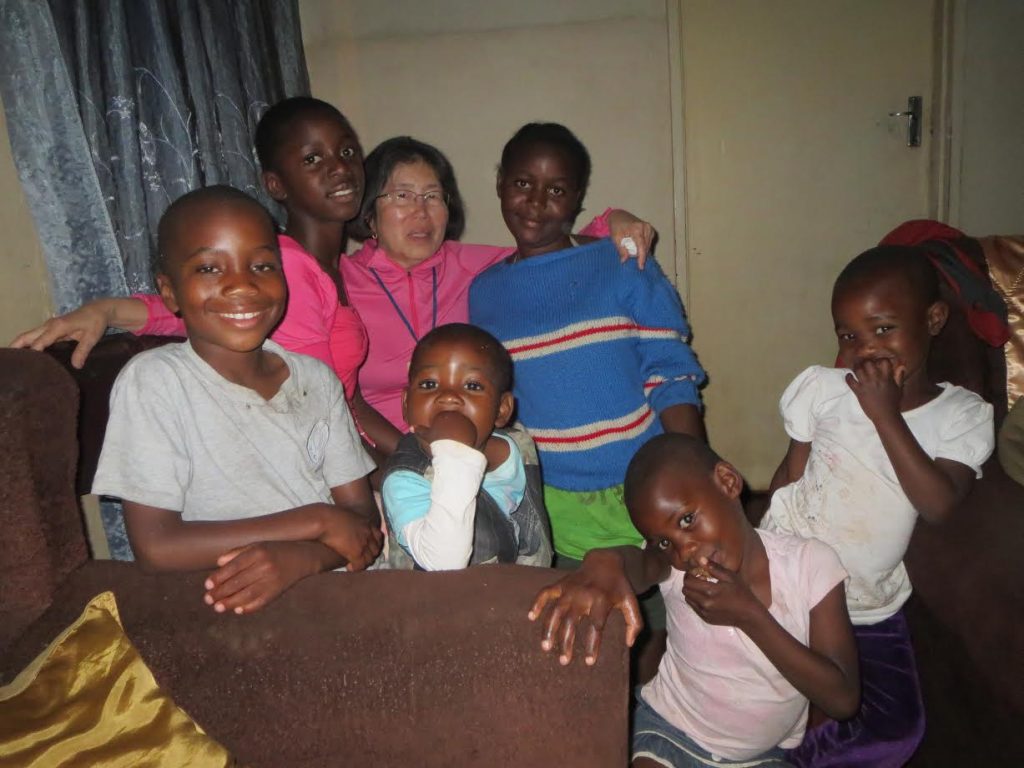 There are Lovely Protea flowers all over South Africa 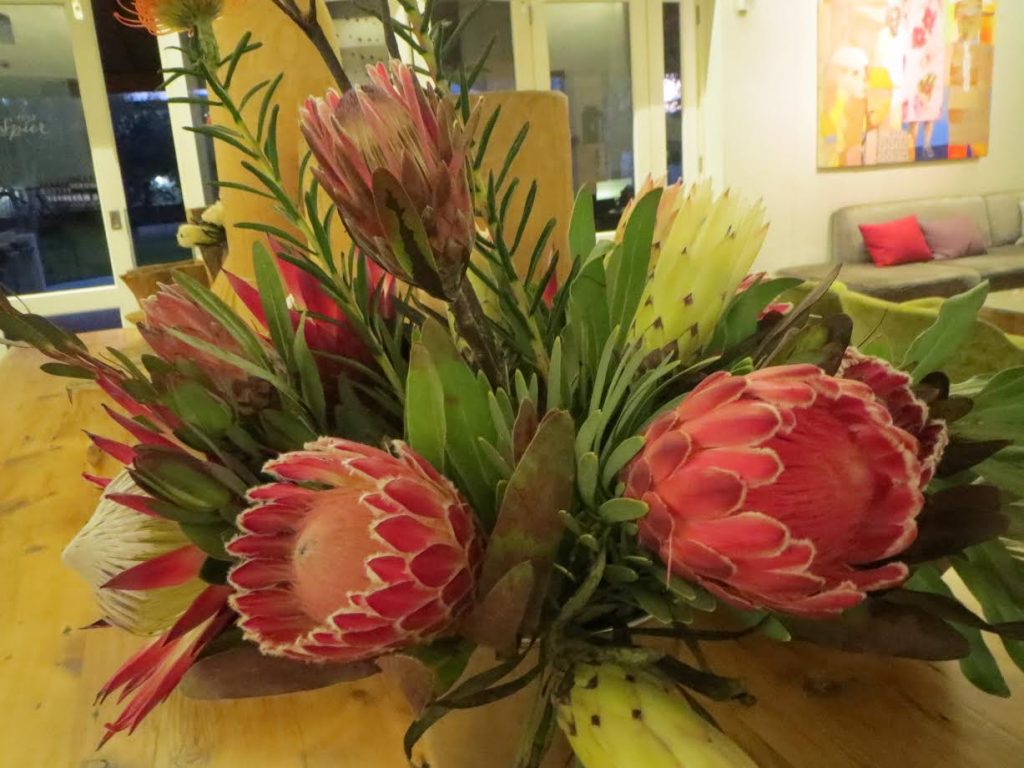 I recommend a visit to South Africa to include Robben Island. Bear in mind that if weather conditions are not good, boats do not go across to the island.

The trip is very long. LAX to Dulles, D.C… Dulles to Johannesburg with a one hour stop- over in Dakar, Senegal. We did not disembark in Senegal but had to stay on the plane for over an hour while they cleaned the plane.

Return flight from Cape Town to Johannesburg via Dakar into Dulles and LAX = 25 1/2 hours flight time ( not including lay-over ) was no fun. The journey is long but is the only way you will get to South Africa. Be prepared for a tiring trip.