Facts on Jamaica: Special Type of Frog in Jamaica - Jamaicans.com 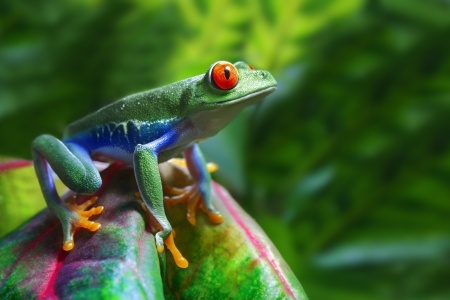 There is a species of frog in Jamaica that differs from a typical frog species in that its entire tadpole stage is spent inside the egg; when it exits the egg, it is a small, finished frog. The frog genus Eleutherodaciylus tends to live in areas with running waters so that is can’t lay eggs to hatch into tadpoles as other species do. This frog lays eggs on damp locations on land. There are 12 species of frogs in Jamaica, and each one has adapted itself to discreet environments on the island and can be found only at different altitudes. One species can only be found between 2,000 and 4,000 feet in altitude, while another lives only between 4,000 and 6,000 fee.