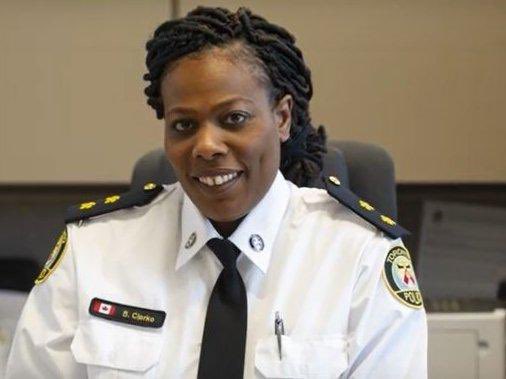 Stacy Clarke, a 22-year veteran of the Toronto Police Service (TPS), has become the first Black woman to receive a promotion to the rank of Superintendent of the TPS. She is one of just five Black female police inspectors in Canada.

She was inspired to pursue a policing career by a meeting with Terry James 22 years ago. This was her first encounter with a Black female Toronto police officer. She was introduced to James, who had retired, by the late staff inspector Jim Sneep, a friend of Clarke’s mother. The meeting occurred after Clarke, who was considering law school, had graduated from the University of Windsor with a degree in criminology and sociology. Reflecting on the meeting, Clarke said she remembered Terry James telling her that she needed to be part of the solution and not part of the problem. After 20 years in the TPS, Clarke joined its senior ranks as an inspector.

Clarke spent her early career years working in the community response unit, youth bureau, and intelligence. She also served in the homicide and divisional policing support units, transferring to the Toronto Police College in 2008. She was promoted in 2010 and assigned to 13 Division with the rank of sergeant. She transferred to 22 Division in 2012 to work in the primary response unit and detective office. Clarke, a member of Professional Standards, also worked on the Police and Community Review (PACER) project, which explored how the TPS could improve the public’s trust and safety while providing a bias-free service. She received a promotion to staff sergeant in 2016 and headed the learning development and standards section at the Police College prior to achieving her senior ranking.

Clarke, who credits her success to her strong Jamaican upbringing, is known for implementing the province’s Street Check legislation, one of her many accomplishments during her service as Master Trainer and Controller of Legislation. She believes in advancing policing and efforts to gain the trust of the community while pursuing effective policing. She is also a strong believer in continuing education and has completed numerous leadership programs, including the Leeda Trilogy program of the Federal Bureau of Investigation. In 2018, Clarke was named a Civic Action Fellow and was also listed as one of the 100 Accomplished Black Canadian Women in that year. 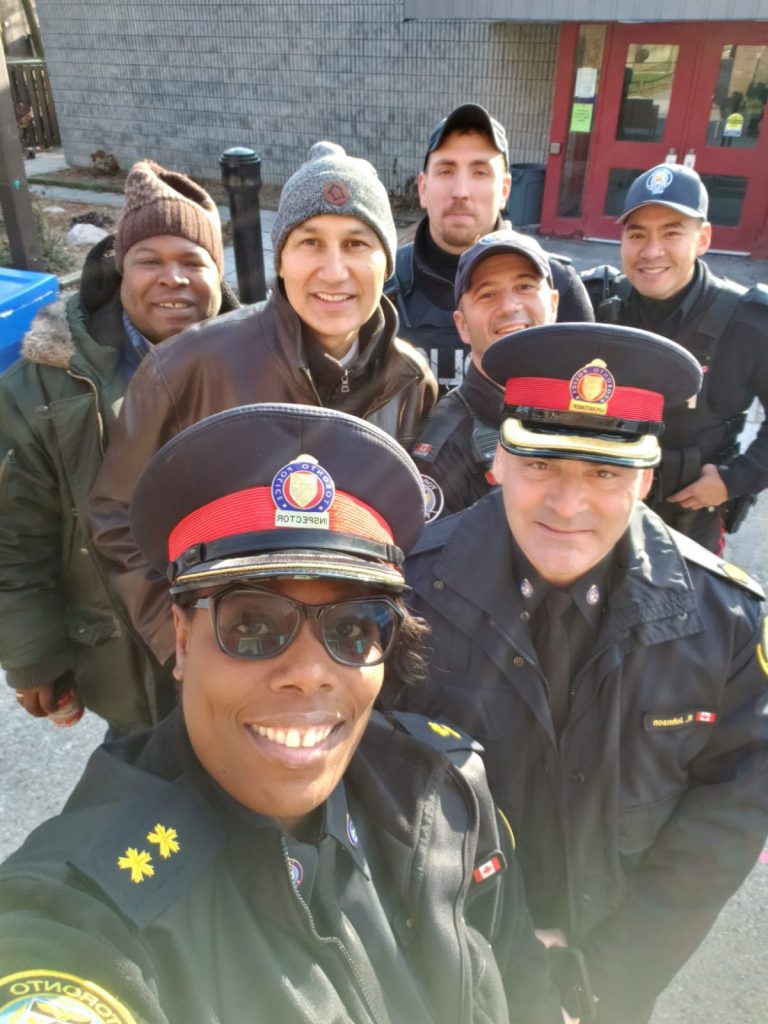 A proud mother of a 13-year-old daughter and an 11-year-old son, she is a believer in the importance of “being determined with direction.” In 2017, she said that her goal is “not to liver forever, but to create something that will.” She reacted to the death of George Floyd at the hands of the police with anger and frustration, both as a mother and as an active member of her Black community. She noted that she had spent her entire career trying to forge partnerships that would bridge the gap between the police and community members, and in watching a video of the George Floyd incident, “I just knew at that moment it was all gone.” She has tried to expose her children to the “goodness of my profession” and the “goodness of the community,” but the George Floyd killing made her realize that she “really was not going to be able to protect them from this,” said Clarke.

Commenting on her appointment, Clarke posted to her Twitter account, “I’ve spent the last few hrs reflecting on the hill I’ve climbed but also on those who have paved the way 4 me. I am humbled & filled with pride. Thank you @jamesramertps and Command 4 the opportunity to continue serving our communities & leading our members. @TorontoPolice.”