Our Stories: I couldn’t get a job in media so I created my own – Wade Haye - Jamaicans.com 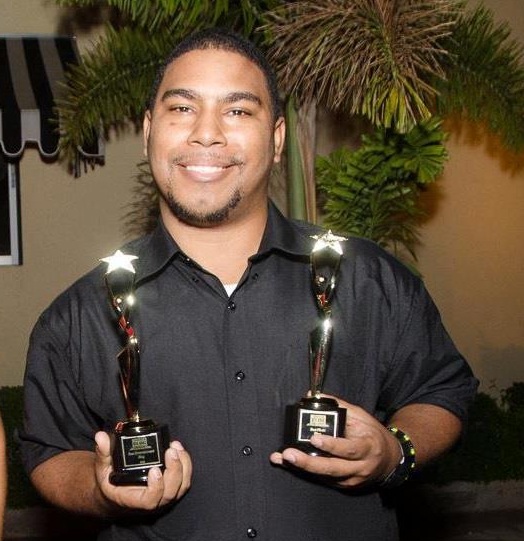 In this installment of Our Stories, entertainment blogger, Wade Haye shared how he started his own blog to satisfy his passion for media and entertainment. For many people, Jamaica is pictured as an island paradise – white sandy beaches, a beautiful and vivacious culture, rich and wholesome food, and attractive people. And while that image is not far from the truth, if the lens is focused on the inspirational stories of ordinary Jamaicans, you’d find a sharper, richer and truer image of the Jamaican experience…this is Our Stories!

We’ve heard so many stories of Jamaican, university graduates spending days, months and even years trying to get their big break in the actual industry they gained academic qualifications. You’ve heard about licensed medical professionals working in administration and scientists working in education and trained journalists working in marketing and public relations. 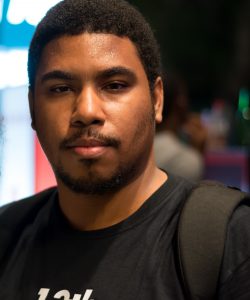 In this installment of Our Stories, this professional blogger shares how he was among the many media graduates who have never held a job in mainstream media, but, looking back, he is glad he was never granted that opportunity.

1.You graduated from the Northern Caribbean University long before you launched the blog in 2012. Have you ever worked in local media?
No. I am one of those who have not been fortunate enough to have a job in media. I use to apply to places and I either get, ‘no’ or no answer. You know, we Jamaicans don’t always just sit down and take the ‘no’ for an answer. We just try to make our own thing. I look at it as, if they aren’t going to look our way, we’re going to do something that will force them (mainstream media) to look our way.

2. Have you achieved that goal? Is the local media fraternity directing its attention to 13th Street Promotions Blog?
Well yea, but guess what? A lot of them cannot admit it. There are ramblings around that people (in media) check out my work. And there are those who copy my work. There are those who see me and reach out me. I have peers that work in media or at least in the entertainment industry and sometimes they come to me to help them with something or they help me with something.
I have been a web sponsor for the TV show, ‘The Release’ which is featured on CVM and Hype TV. We usually help to promote that. There was a section for a couple seasons where we’d give a short review on some of the entertainment stories. There have been times where we have been mentioned on the radio. I have a peer or two who use my stories for their entertainment headlines.

3. I’m seeing where 13th Street Promotions won two awards in 2013 at the Jamaica Blog Awards. Best Entertainment Blog and Best Music Blog. What was your initial reaction to the news about your awards?
It was definitely a surprise as it was my first year of blogging, but was very appreciative of being nominated first and thankful for the support given. It gave me a boost to write more as well. 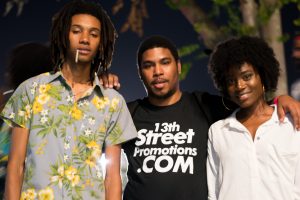 4.Awesome! Now, before we go any further, what is 13th Street Promotions Blog all about?
13th Street Promotions is all about highlighting talented people. We use our platform as another avenue to showcase those who are representing the Caribbean or (those who are) influenced by the Caribbean. If you sing, dance, do art…you’re good with words, in that aspect. From you’re creative, we like to highlight that. Our main focus with that is to highlight the positive that comes out of the Caribbean. You have talented people who do their thing for good and you have those who do it for all the wrong reasons. We don’t focus on the latter. We want the world to see the Caribbean as that gold mine, as that centre stage…all spotlights should be on it. So if the spotlight is there, we have to show off in a positive light.

5. I’m a little curious about the name. Do you live on 13th Street?
The little story behind that is…13 is my lucky number of sorts. I was born on the 13th…when I was 13 (years old), a lot of things happened to me, I had a great year. I wasn’t getting in any trouble, I did well in school…. was in 3rd form at 13 (years old).
They say Friday the 13th is unlucky and the number is unlucky but it has worked for me. For the rest of it, Street. I consider my blog, at least my brand, an avenue for your entertainment. So instead of saying a floor, a lane or a block, I just said ‘street’. I came up with the name of the blog in 2011…and I said (to myself) if I’m going to set up a platform to show off talented people, I should consider it a road, street. 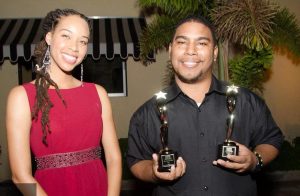 6. I am also curious to know, with this genius idea, why did you start with a blog? There are other channels you could use; you could have done a radio show, television show, web show. Why a blog?
Well, truthfully, you have to start somewhere. It’s like any platform you can try out with, you just work with it….I’ve always been interested in audio and video but when I wanted to showcase my brand or my work in that field, I couldn’t get to. TV was not there for me because I didn’t have any link, same with radio.
And I said to myself, ‘how can I be creative when I can’t be in certain areas?’ and I said, ‘you know, let me try out writing’.
And this is something that a lot of people don’t know, writing isn’t my strong suit. I did creative writing because at one point, I use to write lyrics and poems but to write articles, that wasn’t really me. And I look on that saying, I should really work on writing, as in, be creative with that side because I can draw, I can design (but) I can’t sing, I can’t dance so I said, let me focus on the writing aspect because I know I won’t I have time to learn to sing or dance. Let me work on the writing and see how the world receives it.

I’m happy you challenged yourself, Wade. I’d say the world is receiving your work well! You’re a fabulous, award-winning blogger. Thank you for sharing your story.