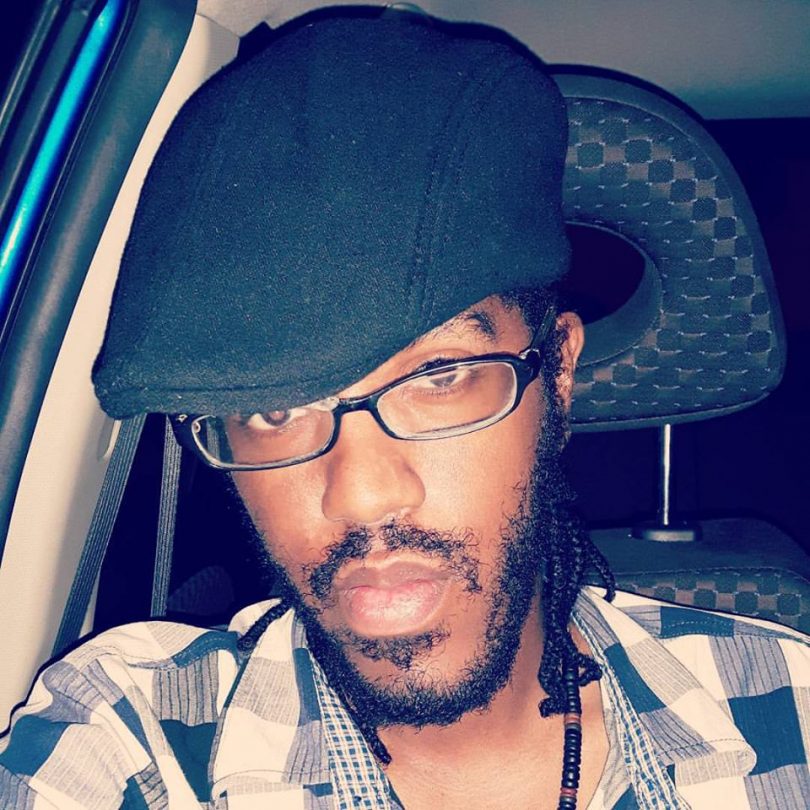 In this installment of Our Stories, Erinski explains how he makes money from his car….For many people, Jamaica is pictured as an island paradise – white sandy beaches, a beautiful and vivacious culture, rich and wholesome food, and attractive people. And while that image is not far from the truth, if the lens is focused on the inspirational stories of ordinary Jamaicans, you’d find a sharper, richer and truer image of the Jamaican experience…this is Our Stories! 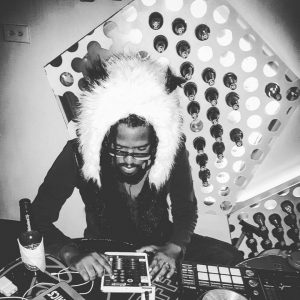 This multimedia genius only requires two iPads loaded with audio editing software, a table, and his car to create smashing music. From the comfort of his vehicle, Erinski has worked with local and international artistes seeking to take their career to the next level with hot, fresh and well-produced music. The tech guru said his innovative method used to produce music and other audio products marks the future of audio production in Jamaica.

While I was hanging out with the audio engineering expert, he told me that his mobile studio is only 7 months old.

1.Why did you decide to setup a mobile recording studio?
The more you learn about audio engineering is the more you realise how much you can do with a lot less. You’ll find that the more expensive and complex equipment is really passed audio engineers putting their skillsets and talent into the machinery to make future engineers not have to worry about them. And if you know the stuff, you can do it yourself. If you know what you’re doing, you don’t need all of the new fandangles, computer equipment and in fact, a lot of the time you’ll find that it limits you in some areas.

2. So are you challenging yourself?
It’s more than a challenge. With a big production studio you’re limited because people have to come to you.
This is the one statement I always say that encapsulates it, ‘so much of the creativity is lost between the bedroom and the voice booth’.

3. What do you mean?
When an artiste, for instance, wakes up, especially in those early morning moments, there’s so much creativity bursting out and he tries his best to capture that either with pen and paper or voice note recording. And then he gets ready, put on his clothes, he goes on public transportation, he goes to the studio, he gets a little comfortable with the environment and then he enters the voice booth with a completely different energy than when he was bursting with ideas. And what he’s doing at that point is trying as best to recreate, from his notes, the concept he had, which he more than likely would not remember.
That’s what I mean when I say, so much of the creativity is lost between the bedroom and the voice booth.

4. How does your mobile studio help an artiste to preserve that creative inspiration?
So I wanted to setup something that would go closer to where the magic happens. A lot of the times, a client may have a little corner shop where they reason with their friends, play some dominoes, listen music, and drink rum. That’s where all the ideas coming…dem freestyle and dem having all of this fun and somebody seh ‘yea man dat bad man. write it down’ and dem write it down then they try to recreate.
What I do is to go right to that spot where all of that is happening and just capture the moment and just work it out right there. I find that the quality of the work that I’m getting in that arena is so much, the energy is so much more. It doesn’t seem overproduced, or faked, acted, or recreated in anyway. It’s just real and I just really appreciate that. I really love that. And I find that because the production happens much quicker I can do much more. 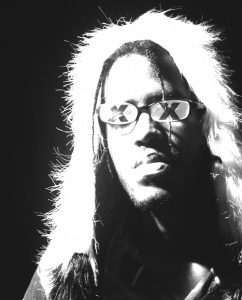 5. How do you achieve that full studio sound in your car?
You have to understand the function of everything that’s in a studio and then you try to recreate that as best you can. I find that the car recreates the voice booth very well, especially because I don’t have leather fabric interior that puts a big damper on the sound.
A lot of recording studios have suspended floors and the reason for that is because all the electrical wires create an electrical static noise and when you are standing on the ground, you become a conductor for that noise….the car is sitting on four rubber tires which makes it a suspended floor. The electrical equipment I’m using are iPads. Once I turn off the engine, all electrical equipment in the car are disconnected so I recreate that flawless environment.

6. Who are some of the artistes you’ve worked with in this mobile recording studio?
Funny enough, I work with a lot of security guards who all seem to be artistes.

7. So do they record on the job or when they’re off duty?
On or off. It can happen so fast, they can just guh roun’ a corna do something and come back without being missed. Most of them speak to their supervisor

‘I’m not really leaving. I’m just gonna park in this car at the side here..’

And the supervisor say ‘well as long as you stay alert’.

So this works for them in so many ways…I’ve worked with up and coming artistes like T-Nitro, Sanchee from KFC, Perez, Crazy Eddie…

8. How do you intend to develop this business idea?
Currently I just intend to use it as a tool to get better quality productions, quicker productions and more productions. If I’m driving somewhere and I see an established artiste, you’d be surprised how much you can get out of a very established artiste in the moment. If you can catch them right in their element and you’re adding to that creative energy and boosting it, you get the world out of them. That allows me to cut a lot of cost for my productions, put out a lot more productions, just generally change people’s approach to music overall.
Also, I do it because my operating cost becomes so low.

9. How low?
It’s just gas and time. I don’t have any AC running, lights running. All costs come down to gas. They’re the cost of my equipment…initial cost of $200,000.
Another wonderful thing which a lot of studio don’t have as yet. After we’re finished I can just WhatsApp the final product to them. They don’t need a CD, they don’t need a jump drive. It’s completely revoluntionised in the way it works. And even for the shock value alone, a lot of people want to try it out.

I’m definitely booking my session soon! Thanks for sharing your story Erinski!

Listen to one of Erinski’s mix