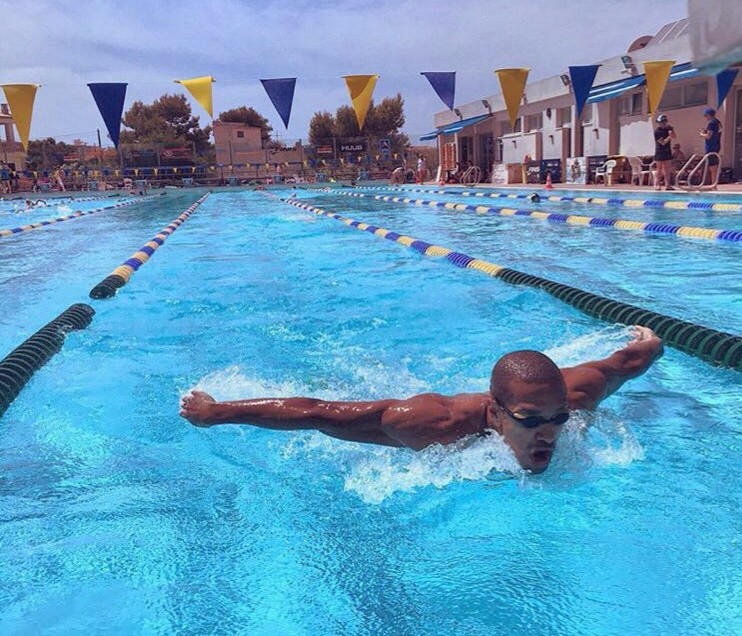 Swimmer Michael Gunning, who lives in England and whose father is Jamaican, made his debut in international competition for Jamaica by breaking the national 200-meter freestyle record at the 17th FINA World Championships in Budapest, Hungary. Gunning had already set the national standard by clocking 1:50.71 seconds for the distance at the British Championships on April 23, 2017. He lowered the market even further on July 24, 2017, with a time of 1:50.00 seconds, placing 43rd overall. This is the best ranking for a Jamaican man at the World Championships. Gunning’s performance at the competition puts him at Number 3 among swimmers from the CARIFTA region and Number 4 overall in the CCCAN region. Gunning said his parents and family members who live in Kingston “are over the moon” about his role in representing Jamaica. He also said he was “so happy” to take the national record, noting it was “great” to compete against the best swimmers in the world. He called his experience at the competition “fantastic.” Gunning is looking toward turning in another exception performance in his final event – the 200-meter butterfly – as well. Gunning was at the Ariana Grande concert in Manchester on May 22, 2017, when terrorist killed 20 people in an attack. He was not injured and reflected on that experience, telling the blog “Drafting the Caribbean” in an interview, “Going to that concert just made me feel so lucky to be alive. So, the opportunity to swim for Jamaica and just to still be here is unbelievable. I struggled for a few weeks after because I just wasn’t sleeping. One day I turned up to train and my coach sent me home, straight to bed. I have now got my head around it far better and seeing all those young children killed has given me more of a drive to succeed.”