On this day in Jamaican History: U.S. Judge, Tanya Chutkan, was born - Jamaicans.com 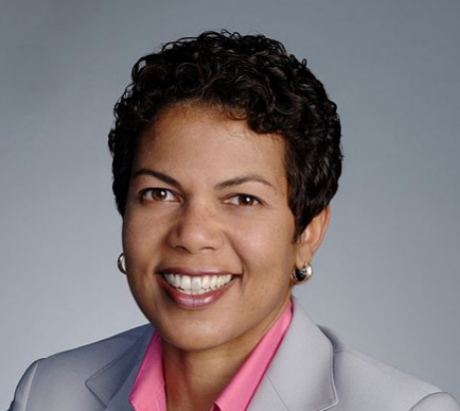 Born July 5, 1962 in Kingston, Jamaica, Tanya Sue Chutkan is a U.S. District Judge for the U.S. District Court for the District of Columbia. She was appointed to the position by former President Barack Obama and assumed the office on June 5, 2014.

Her husband is Peter Arno Krauthamer, a judge on the bench of the Superior Court of the District of Columbia and was nominated to the position on July 11, 2011 by President Obama.

Chutkan obtained a Bachelor of Arts degree from George Washington University in 1983 and a Juris Doctor from the University of Pennsylvania Law School in 1987. She began her career working at the Hogan & Hartson LLP law firm, now known as Hogan Lovells. She worked at the law firm of Donovan, Leisure, Rogovin, Huge & Schiller from 1990 to 1991.

She was a trial attorney and supervisor at the Public Defender Service for the District of Columbia from 1991 to 2002. Chutkan was also a partner in the law firm of Boies, Schiller & Flexner, a firm that focused on complex civil litigation and specifically antitrust class action cases. While there, she specialized in litigation and white collar criminal defense.

She was the Associate Editor of the Law Review and a Legal Writing Fellow while at the University of Pennsylvania and had her own private law practice from 1987 to 1991.

Chutkan was nominated on Dec. 19, 2013 by President Obama to serve as a U.S. District Judge to a newly created seat. She went before the United States Senate Judiciary Committee for a hearing on Feb. 24, 2014 and on March 27, 2014 her nomination left the committee by a voice vote.

Judge Chutkan worked on a number of notable, high-profile cases during her career. She ruled against the non-profit organization, Public.Resource.Org that was sued by the American Society for Testing and Materials; the National Fire Protection Association; the American Society of Heating, Refrigerating and Air Conditioning Engineers; and other entities in Feb. 2017. The suit alleged that Public. Resource.Org made fire and building codes public that the organizations deemed were their copyrighted property.

Garza v. Hargan in 2017 saw Chutkan ordering the Office of Refugee Resettlement to allow a girl in their care to have an abortion. The U.S. Court of Appeals for the District of Columbia Circuit vacated the ruling, it was reinstated by the full en banc D.C. Circuit, and mooted by the U.S. Supreme Court. A certified class action was certified by Chutkan and ordered that the government had to provide access to abortions for all the girls in custody of the ORR.

On June 8, 2018, Chutkan blocked the release of a dual-nationality Saudi-American citizen into Syrian Democratic Forces-controlled territory, who was alleged to have joined ISIL. The man was set to be released with food, water, new cell phone, and $4210 in cash, along with his Professional Association of Diving Instructors ID card. He’s now being held in Iraq.