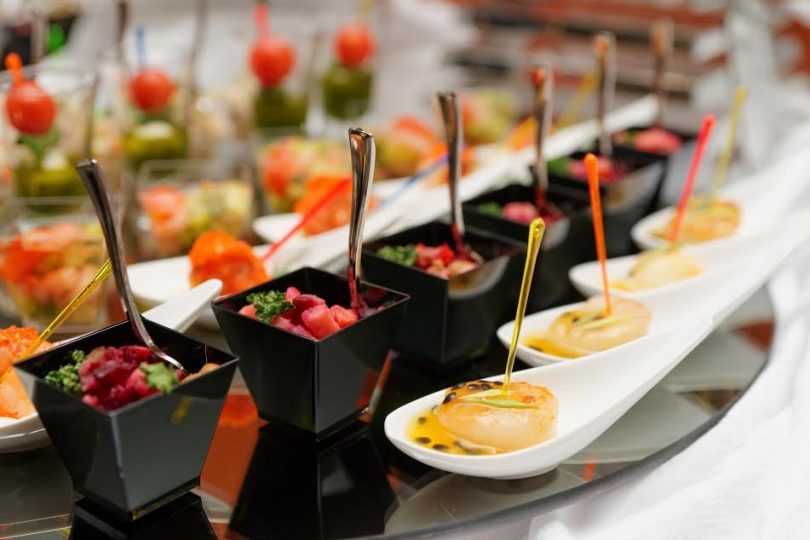 In its debut season, television series “Taste the Islands” became an overwhelming success reaching over 80% of US television households, and introducing American families to Caribbean food and culture.

In anticipation of the show’s second season premiere, its creative team has conceptualized an event that captures the allure of the islands they explore on camera. Now, in top epicurean fashion, comes the launch of the “Taste the Islands Experience”, an evening of fine Caribbean cuisine. The event will be hosted on Thursday, June 1st at the Miramar Cultural Center from 6 – 10PM. It is presented by Blondie Ras Productions and Miramar Mayor Wayne Messam.

Set against a mellow soundscape, guests can expect to savor gourmet Caribbean appetizers prepared by the show’s celebrity chefs, island-inspired cocktails, and an ambiance that recalls the look and feel of tropics. They’ll also be treated to a preview of the upcoming broadcast season, and a live cooking demo. A silent auction will benefit non-profit partner Food for the Poor. While most guests will enjoy the Experience at $35, VIP guests will have access to additional premium appetizers, an included selection of drinks and lounge seating, at $65.

Said Executive Producer Calibe Thompson. “Like our TV show, this event is going to introduce both the traditional and the finer side of Caribbean cuisine to our multi-cultural audience. Only now, they can actually taste it!”

“Our Taste the Islands Experience will be a night to remember”, said Cythia ‘Chef Thia’ Verna. “Yes it will”, added Hugh ‘Chef Irie’ Sinclair. “It will be the night that we chefs collectively entice your palates, so gear up to sample gourmet appetizers by Chef Thia from Haiti, Chef Barbara from Barbados, and me from Jamaica”, he concluded. Tickets and more information are available at www.ttiexperience.com.