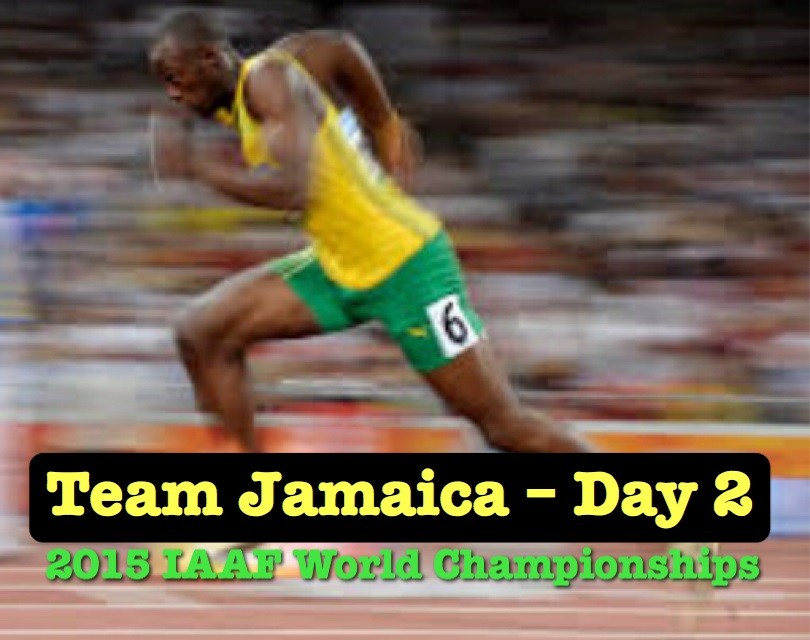 The second part of day two in Beijing Began with the men’s hammer throw final in which Pawel Fajdek of Poland won gold as no Jamaicans competed. The next event, the men’s 400m hurdles semi-final, featured Jamaicans Annsert Whyte and Leford Green who were, however, unable to reach the final round after falling short in their respective heats. Next up was the much anticipated men’s 100m semi-final where favorites Justin Gatlin (USA) and Usain Bolt (Jamaica) both qualified for the final quite easily with the final set be held as the last event of the day. Bolt’s fellow countrymen Nickel Ashmeade and Asafa Powell had mixed results as Powell qualified and Ashmeade fell short. Jamaican O’Dayne Richards would win bronze in the men’s shot put after posting a career best 21.69 mark on his third attempt. The final event of the women’s heptathlon was next up with the 800m and unfortunately Jamaican Salcia Slack did not compete and officially did not place. Brit Jessica Ennis-Hill took home gold after allocating 6,669 points and impressing in all events. After the men’s 800m and women’s 1,500m (no Jamaicans competed), the biggest event of the day and maybe the biggest event of the World Championships was up, the men’s 100m final. Usain Bolt was able to edge out American Justin Gatlin and bring home gold for Jamaica in a photo finish with a time of 9.79s while Gatlin’s time of 9.80s was onlt enough for silver. Asafa Powell also featured in the final, however he was only able to finish 7th after a 10.00s run. Day 3 will begin with the women’s pole vault qualification at the bird’s nest in Beijing.