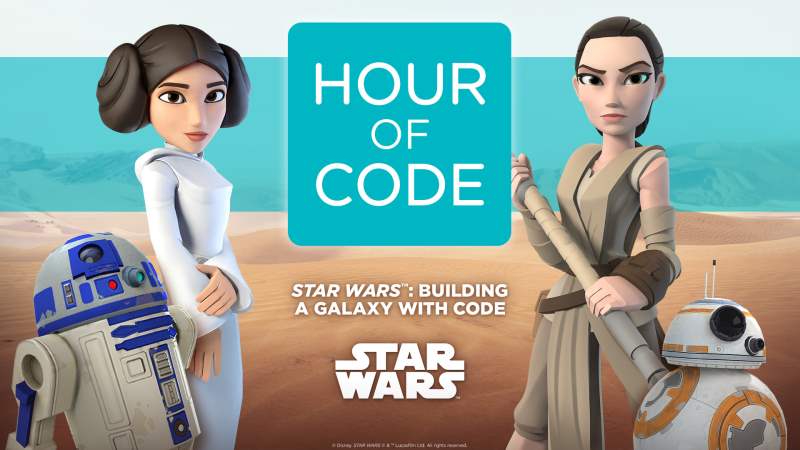 Code.org, Lucasfilm and Disney are working together to create code tutorials for children that feature the characters from the new “Star Wars” movie. Code.org is a nonprofit group designed to expand knowledge in the field of computer science by making it more exciting. In 2015, the excitement is provided by the “Star Wars” characters in a tutorial that teaches children how to make their own computer game for its annual Hour of Code event. The tutorial will be presented for free online and feature characters from past “Star Wars” movies as well as new characters from the newest film “Star Wars: The Force Awakens,” which will open in theaters in December. The Hour of Code happens every year during Computer Science Education Week, which for 2015 will be December 7 through 13. The tutorial is available in 180 countries and is translated into over 400 languages. It can be accessed by smartphone and tablet as well as personal computer.