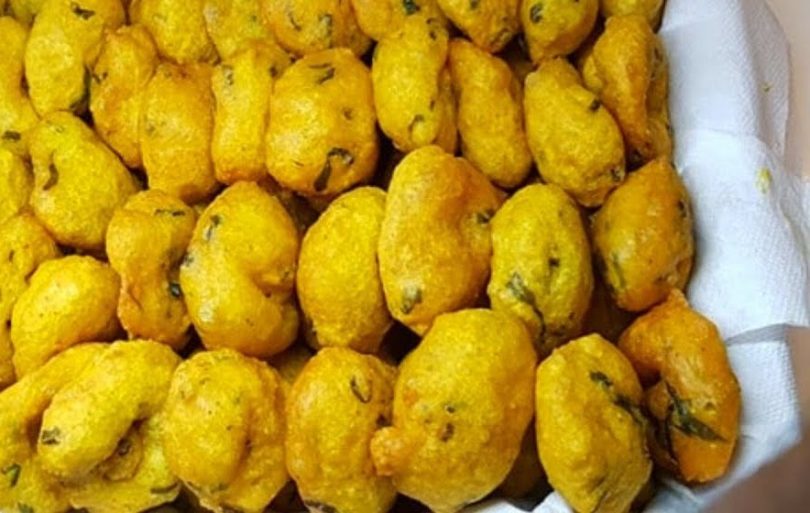 Guyana’’s cuisine is influenced by the nation’s colonial past and its various ethnic populations. The food reflects this diversity and combines features of Creole, East Indian, African, Portuguese, Chinese, Amerindians, and European flavors. Cassava and sweet potatoes are staples in Guyana, and seafood also has a large role in its cuisine. Fresh fruits, a combination of herbs known as “green seasoning,” hot peppers and garlic round out the main parts of traditional foods of Guyana.

1. Bara
This vegetarian treat has been described as an Indian-style fritter. Usually made as a began dish, this finger-food can be found throughout Guyana from street vendors. The fritter is made with lentils and various spices and then deep-fried in vegetable oil, The combination of its crispy exterior and its “spongy” interior and its onions, garlic, and chilis make the dish a local favorite.

2. Chana
This is a stir-fried snack made of chickpeas that can also be served as a side dish. This is also a vegan dish in which the chickpeas are stir-fried with spices and then cooked in a small amount of water. Chana is often served with roti or rice. It is common to find the snack available at Guyanese Hindu festivals where vegetarian dishes are part of the tradition.

3. Guyanese Chow Mein
This style of chow mein offers flavors and cooking methods from both the Chinese and native Guyana cuisines. It can be made using different types of meat such as pock, chicke, mutton, or beef, along with a variety of sauces. The ingredients are prepared in a wok and provide a tasty combination of marinated meet and flavorings like oyster sauce, soy sauce, sesame, and olive oil.

4. Pholourie
This common dish features Indo-Guyanese flavors. It is prepared in virtually all the homes in the country, and even special occasions include this local favorite. Th dish comprises deep-fried dollops of dough that are served with either a chutney or a variety of sauces. A traditional crispy treat.

5. Metagee
This African-inspired stew is prepared with a combination of different types of meat, salted fish, and dumplings. It features the flavors of coconut milk, onions, thyme, cassava, plantains, okra, yams, and hot pepper sauce. The recipes vary according to the kind of meat used and the choice of vegetables added. Plenty of room for innovation by the cook

6. Garlic Pork
This traditional pork dish has Portuguese roots. It is made with a large quantity of garlic, plus other herbs and spices. It is a favorite dish for serving at festivals and especially at the Christmas holiday. Its unique flavor comes from the combination of the garlic apple cider vinegar, thyme, and peppers. The spicy lean pork gravy is typically enjoyed over noodles, rice, roti, or local bread.

7. Guyanese Pepperpot
This is the national dish of Guyana and is usually served at Christmas and other holidays and at weddings. The dish requires several hours of preparation, which is why it is featured on special occasions. It combines beef, pork, or mutton – sometimes chicken – with peppers, cinnamon, and the dark thick sauce made from the cassava root known as cassareep. 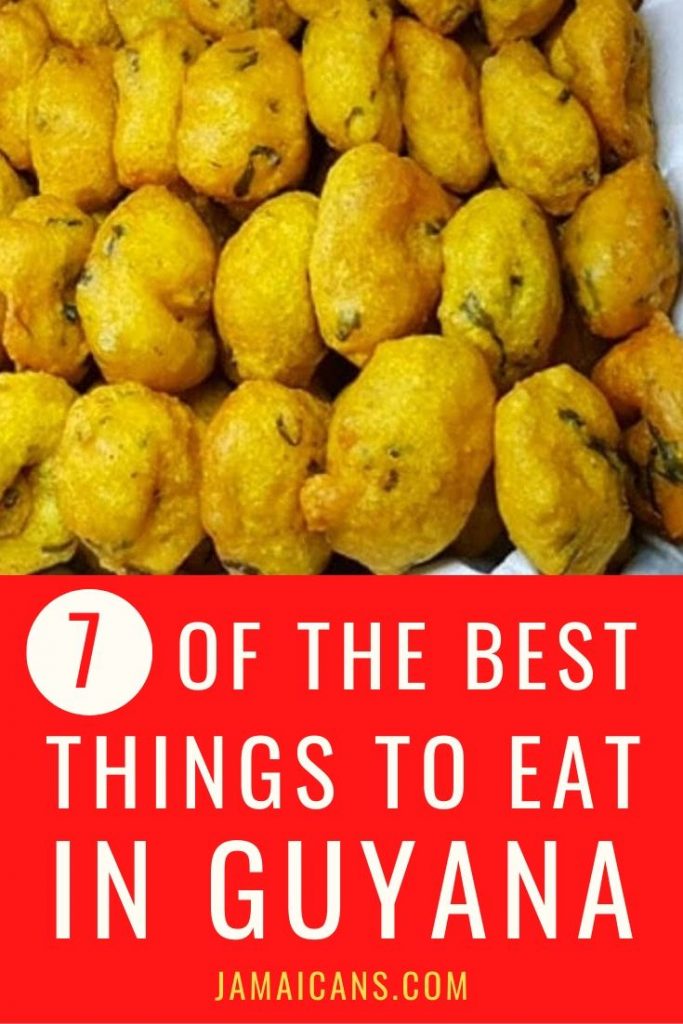