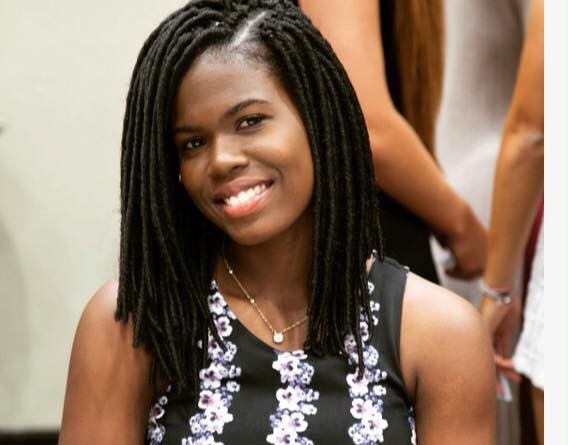 Each year, The Guardian newspaper in the United Kingdom awards the title of “Footballer of the Year” to a player who has turned in a remarkable performance by overcoming adversity, helping others, or providing a sporting example by acting with exceptional honesty. For 2018, Jamaican Khadija “Bunny” Shaw has been honored with the award.

An athlete who does double duty as playing for both the University of Tennessee, where she is a communications major, and Jamaica’s Reggae Girlz, Shaw has overcome personal tragedy to lead Jamaica’s team to their first Women’s World Cup and their best season in history. She is a one-time teen prodigy who, at age 21, has been called a “lethal” striker, and her accomplishments in 2018 are remarkable and become even more so in the light of the heartbreaking personal tragedy she overcame along the way: Shaw lost four brothers, three to gang-related violence, in a short period of time

Shaw’s early years were spent with her seven brothers and five sisters in Spanish Town. Her father George was a shoemaker, and her mother Monica raised chickens. She describes her childhood as idyllic and protected from the threat of violent gang incidents that reached a pea during her years growing up outside of Kingston. Shaw credits her parents with setting good examples for her with their perseverance and ability to keep her family together. They motivated her to succeed. Her brother Kentardo gave her the nickname “Bunny” in reference to her front teeth and her love of carrots; she hated the name until she “grew into it,” she said.

During her childhood, Shaw would watch her brothers playing soccer after school and wanted to join them, but her mother forbade her, worried that the sport was too rough for girls. Shaw persisted, however, and got introduced to the game by Kentardo, who told her she had to begin by juggling the ball, an activity she found difficult at first. Her brother also told that the more technical she was, the better she would play on the field. Eventually her mother allowed her to play with the boys in front of their home, and Shaw’s talent – speed, touch, and creative flair – showed itself. Word of her talent spread throughout the parish until one day her mother got a phone call from the director of football at the Jamaica Football Federation, Vin Blaine. He invited Shaw, who was in seventh grade at the time, to a national team camp. This opened the door for Shaw’s soccer career.

After that, Shaw rapidly developed her skills, playing in Jamaica’s under-15, under-17 and under-20 teams at the age of 14. When she received scholarship offers from universities in the United States when she was in 11th grade, Shaw began to see football as a career. While she first considered playing for the University of Florida, she missed the date for taking the SAT college entrance examination and spent two years playing at a junior college. From there, she was recruited by Brian Pensky, the coach at the University of Tennessee.

Initially, Shaw had difficulties making the adjustment to life in the US and was very homesick, and just as she began to adjust and achieve success on the football field, a series of personal misfortunes assailed her family in Spanish Town. Gang-related gun violence killed three of her brothers, and a fourth brother was killed in a car accident. Shaw then lost two of her nephews in rapid succession, one died from a gunshot, and the other was electrocuted on a football field. The family was rocked by grief, and Shaw’s spirit was severely tested as she was alone in a foreign country and even considered quitting the sport completely.

Although she wanted to return home, and the fact that she didn’t get to say goodbye to her departed family members weighed heavily on her. She didn’t want to stay in the US to play soccer. Talking on the phone with her mother helped her to get through this period. “But it was rough. I couldn’t focus in school. I was just thinking about it all,” she said. But her mother told her “No, you’ve got to stay! You’ve got to make it better for yourself and better for us!” So Shaw stayed in the US and continued with football and her studies. She transformed her grief into a stronger commitment to her goals and believes her loved ones are watching over her. “When I accomplish something I’m always happy, but I’m thinking I wanted them to see this. I’ll say that’s the biggest thing,” she said.

Throughout it all, Shaw learned that she just had to “look past it,” and came to believe that everything happens for a reason. Shaw presents an inspiring role model. Her philosophy? “Remain humble, stay focused and just do the best you can,” she says. She remembered when people often told her to change her sport because soccer was “a man’s sport,” but she persevered and always followed her dream. Her family has always supported her efforts, and she credits their support and encouragement for motivating her.