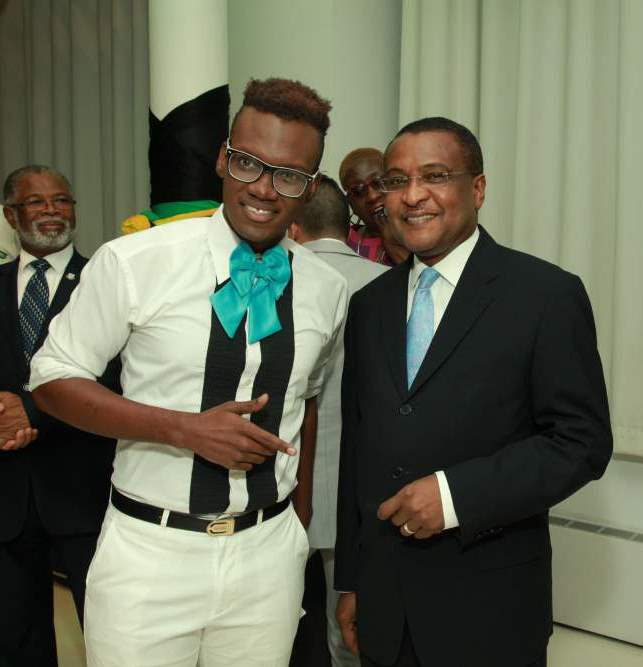 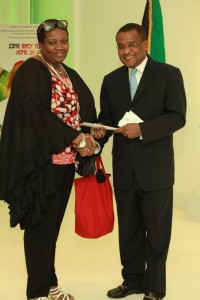 The lucky winner of a weekend stay at the Jamaica Pegasus Hotel and Director of Tourism Paul Pennicook during Diaspora Appreciation Reception on Wednesday, May 13 Photo credit: Kwabena Brown

With the April 9 2015 touchdown in Jamaica of Air Force One, President Barack Obama, made it cool to fly into Norman Manley International Airport.  The fact that America’s 44th President greeted Jamaica’s young movers and shakers in their own vernacular scored him AND Jamaica major Brownie points.

Following closely on the heels of that historic visit, the Jamaican Tourist Board in conjunction with Kingston’s Norman Manley International Airport shifted the sole promotion of the more popular Montego Bay to highlight Kingston as a new tourist destination.  The Jamaica Diaspora Appreciation Reception held recently in mid-town Manhattan, New York highlighted the delights of Kingston as an alternative Jamaican port of choice.

Those who frequently travel to Jamaica for business or pleasure already know that Kingston is often a more convenient destination – a gateway to Jamaica’s business hub with easy access to quaint place names like Red Gal Ring, Half Way Tree, Mona Commons, Above Rocks, Portmore, Gutters, Spanish Town and all points East of the island.  Jamaica’s capital city has always had a cache of fine dining establishments and great hotel accommodation.  From the heady heydays when internationally acclaimed ‘sound system’ Merritone provided superior quality entertainment at the Red Hills Road Turntable Club to the ferry that operated from Kingston’s downtown area to the seafood smorgasbord available at Port Royal to the almost exclusive night clubs attached to well-known New Kingston hotels to the seedier side of Kingston which nevertheless provided safe entertainment for those wishing to revel in nostalgia at Rae Town Sundays – Kingston has always been the jewel in Jamaica’s crown.  Although without a doubt the city has gone through a prolonged period of decline and decay, there is rejuvenation afoot.  The modernization of Jamaica’s highways means faster connections between major towns, the management of street vendors and the refurbishment of the city’s main transportation hub from which the hugely successful Knutsford Express departs are just three success stories that make it easier to sell Kingston as a destination. 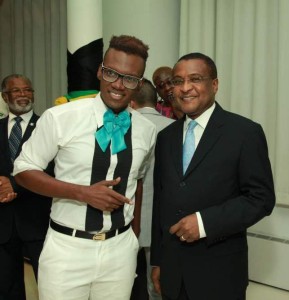 The sumptuous cuisine, supplied by Jacques Graham co-owner of the Country Kitchen franchise in Pelham, Caribbean Food Delights, Golden Krust Caribbean Bakery & Grill, The Door Restaurant and Tower coupled with the Grace juices and a wickedly deceptive rum punch all contributed to a laid back and pleasant experience.  The only things lacking? perhaps a few strategically placed palm trees and some well-needed Jamaican sunshine!

In a more than generous gesture, 15 or so lucky raffle participants went home with airline tickets to Jamaica courtesy of sponsors Fly Jamaica, Jet Blue, Delta and Caribbean Airlines., gift baskets and hotel stays donated by The Jamaica Pegasus, Spanish Court, The Altamont Court,  and The Knutsford Court were gratefully received by raffle winners . VIP attraction operators of Club Kingston and Club Mobay provided complimentary passes to their launch.

In a three hour action packed session, invitees were treated to a fashion show by Jamaican designer and recent transplant to NYC – D’Marsh, The Braata Folk Singers provided nostalgia with their folk songs like Ah You Mother, People Come Jamaica (where the rum come from) closing with the nostalgic Evening Time and VP recording artist Christopher Martin, thrilled the ladies in attendance with a selection of his current hit songs.  Most surprising was his unscripted duet with Shirley Morrison-McCatty.

Let’s hope the recent road work and cleansing that took place in preparation for the President’s visit will still be in evidence for those tourists who are now being encouraged to explore Kingston as their Jamaican destination of choice.