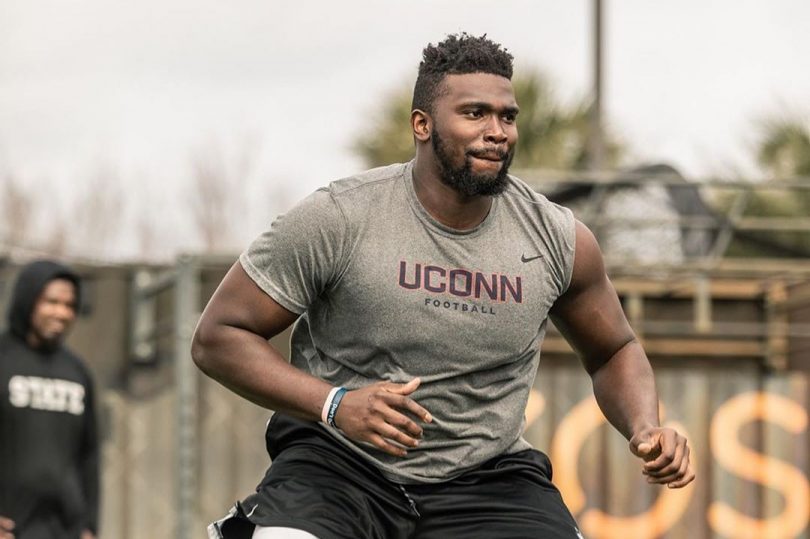 Jamaican Matt Peart has been selected by the New York Giants in the third round of the NFL draft. The offensive tackle from the University of Connecticut was the 99th overall pick. It’s a satisfying conclusion to a high school career that he originally thought would include playing basketball.

Peart quickly became a football standout, maintaining his position as basketball captain, while attending the Governor’s Academy in Boston, MA. During his senior year, he committed to the University of Connecticut and started in all 48 of the Huskies’ games during a four-year career.

The 6 ft. 7 inch Peart is 318 pounds of pure potential for the New York Giants. He completed the 40-yard dash in 5.06 seconds and with arms measuring 36 5/8 inches he has one of the longest reaches of any offensive tackle. It’s a physical attribute that, taken with his other talents, doesn’t bode well for opposing teams.

Born in Kingston, Jamaica, he and his family moved to the Bronx, New York in 2002. He participated in the Oliver Scholars Program and earned a scholarship to The Governor’s Academy in Byfield, MA. While there, he assisted the school to four consecutive Independent School League championships.

With a scarcity of soccer fields in the Bronx, Peart turned to basketball. He fully intended to continue to play the sport in high school. His athleticism and imposing size came to the attention of football coaches that were able to convince him to try football, even though he’d never before played.

Peart graduated with a degree in allied health sciences with a focus on occupational therapy. With his selection as an NFL draft pick for the New York Giants, the team has obtained a player that’s willing to put in any work necessary to achieve success. 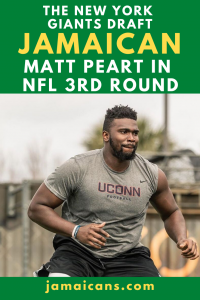