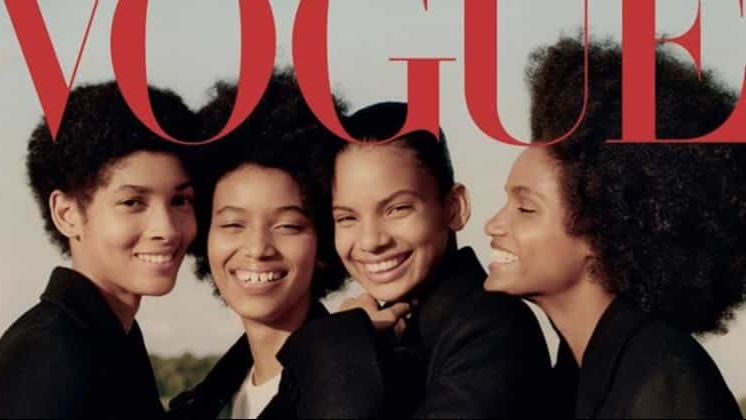 Four Afro-Dominican models are featured on the cover of the September 2019 issues of Vogue Mexico and Vogue Latin America. The historic cover’s release was timed to coincide with Fashion Month. The four models include Licett Morillo, Manuela Sánchez, Annibelis Baez and Ambar Cristal Zarzuela. The statement “This is the fashion that unites us” appears below the cover image. According to Karla Martinez, editor-in-chief of Vogue Mexico and Vogue Latin America, it was important for the cover of the September issue to show the natural beauty of the newest fashion faces from the Dominican Republic. For the past several years, Dominican models have been dominant on the fashion scene, working with high-profile brands like Dior and Valentino. They also featured in campaigns for Louis Vuitton, and Vogue wanted to show the women “as they truly are” by capturing their natural hair and unique beauty. Martinez went on to note that as a top fashion magazine with a broad print and social audience, Vogue Latin America sees itself as a platform to focus on the diversity of the region and to celebrate all types of beauty. Vogue’s September issue is widely viewed as the most important fashion magazine in the industry, as it is the largest and appears during Fashion Month. 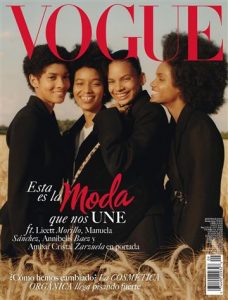