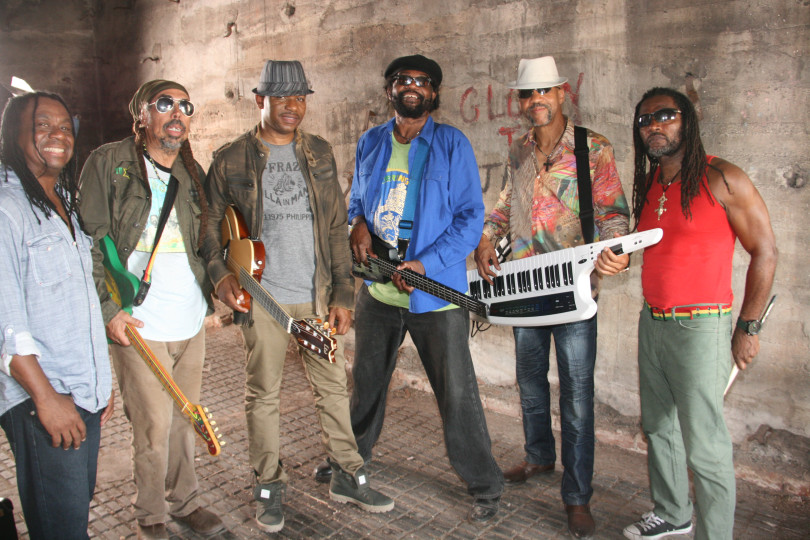 Celebrating over 40 years in music, one of the most pivotal reggae bands of all time Third World will release their first major song of the year “YimMasGan” on June 16, 2015 on Ghetto Youths International. The Damian Marley produced song, which will also be accompanied with a new music video directed by Jamaica’s own Ras Kassa, is a fresh take on the 1974 original track by The Abyssinians. Yim mas gan means let him be praised in the ancient Ethiopian Amharic language.  This is the second song written by The Abyssinians that Third World recorded. The first was “Satta Massagana,” released in 1975 on Chris Blackwell’s Island Records.

Founding member of Third World Cat Coore states, “this song is almost as if we have come full circle.  When we recorded ‘Satta Massagana,’ it was one of our very first recordings we did. In fact, it was the lead song on our first self-titled album. This song is giving praise and thanks to the most high Jah Rastafari for his presence, ever-guiding hand and inspirational vibration that we all feel within the Rasta community. Recording this song with Jr. Gong makes it even more special to us. With Damian’s production skills mixed with his musicians that helped create the song, we feel it is one of the best covers not just done by Third World, but ever done by anyone.”

Richard Daley of Third World adds “the record has a lot of meaning to Third World because its giving praises to Ethiopia and the King. The writing of the Abyssinians music was so spiritually high, that is like a prayer. It is like a chant and we just connect with it. Also, Damian Marley adding his touch to the whole thing brings a new light to the music and its meaning.”

“I’m honored to be working with some of my musical heroes. Third World has played a great roll in my development as an artist and I’m proud to be a part of their latest project,” expresses Damian “Jr. Gong” Marley.

With 10 Grammy nominations, sold-out tours worldwide, a loyal fan base and a catalogue of Top 40 Billboard charted smash hits (including “Now That We Found Love,” “96 Degrees in the Shade,” Third World has been one of (if not the) most consistently successful reggae bands. Third World’s reggae fusion style mixes R&B, funk, pop, rock, dancehall and hip-hop into the genre, making them one of Jamaica’s most popular crossover acts among international audiences. The band has toured and worked with the late great Bob Marley (including opening for Marley’s first world tour in 1978), Stevie Wonder (who produced 2 of their albums in the 80’s released with CBS), Santana and Jackson 5 (opening for their first concert in Jamaica). They have also shared the stage with the likes of Bono of U2, Sting, The Police, Whitney Houston, Wyclef Jean, Lauryn Hill, Jimmy Buffet, Eric Clapton and Marc Anthony and landed national TV performances on the Tonight Show with Jay Leno, Late Night with David Letterman, Arsenio Hall Show and many more.