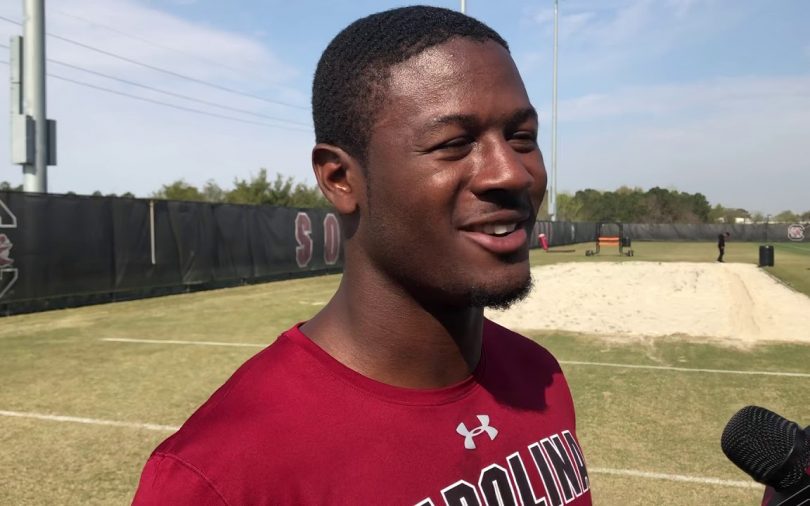 The Jamaican patties offered for sale at the stadium on Super Bowl Sunday were not the only connection to Jamaica when the legendary game was played in Miami on February 2, 2020.  Rashad Fenton, a native of Miami Gardens who once worked as a concessionaire at Hard Rock Stadium in Miami, Florida, made a triumphant return home as a cornerback on the AFC Champion Kansas City Chiefs football team that defeated the Sam Francisco 49ers to win Super Bowl LIV. This was the Chief’s second appearance at a Super Bowl game; the first was in 1987.

Rashad Fenton was born on February 17, 1997. His father is Jamaican, and his mother is from the Bahamas. Fenton attended Miami Carol City High School in Miami Gardens, where he played on the school’s football team. He left Florida to pursue his education in South Carolina, displaying his football talents during an excellent college career.

The son of immigrants, Fenton and his brother were born in Miami-Dade County, and he gives considerable credit to his parents for supporting him toward his goals. He discovered his love for the sport of football during his formative years in Miami Gardens, where he learned to play with his classmates at Norwood Elementary School and Norwood Middle School. He met his future South Carolina teammate Ken Thomas there. Hard Rock Stadium was an important feature of his childhood as it was located just a few minutes away from the home in which he grew up. At the time it was called Sun Life Stadium. The name changed several more times, from LandShare Stadium to Pro Player Stadium as well.  Fenton continues to refer to the venue by its original name of Joe Robbie Stadium, however, a tribute to the founder of the Miami Dolphins team. Fenton remembers walking to the stadium as a child with his family to watch the Dolphins and Hurricanes play, and it was the stadium that he played with the Miami Gardens Bulldogs, a youth league team, during a Dolphins’ game halftime. As a varsity player during his high school years, he volunteered with teammates to work a concession stand at the stadium, making pizzas and nachos for fans. Fenton’s talents as a football player attracted interest from numerous schools, including the University of Florida, Florida State University, and the University of Miami. He ultimately decided to attend the University of South Carolina where he stood out in his cornerback position and his work with special teams.

Fenton was a sixth-round draft pick of the KC Chiefs in 2019, the 201st pick overall, and just 11 weeks into the season, in a game against the Los Angeles Chargers broadcast on Monday Night Football, had his first career interception and contributed to the team’s 24-17 victory. Two weeks later, Fenton forced a fumble on a kickoff return on Trevor Davis of the Oakland Raiders that was recovered by KC teammate Dorian O’Daniel and led to the 40-9 win in that game. In a match against the Houston, Texas, team during the Divisional Round of the playoffs, Fenton sacked Kenny Stills, Texas wide receiver, to contribute to KC’s 51-31 victory. Fenton is ranked third on the depth chart of the Chiefs as a cornerback and made a strong enough impression on the team to play in 12 regular-season games, making 12 tackles, one interception, and a forced fumble.

In an interview aired on Monday, January 27, 2020, on the Local NBC 6 news, Fenton expressed how happy he was to be back home in South Florida and that he was looking forward to eating curry chicken and rice & peas.