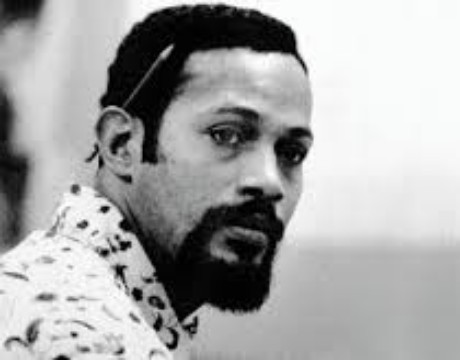 On January 25, 1943, songwriter, record producer, and music arranger Thomas Randolph Bell, better known as Thom Bell, was born in Kingston, Jamaica. Bell was the driving force behind the “Philadelphia sound,” R&B, soul, and pop music in the 1960s and 1970s.

Along with these songs, Bell produced others like ‘Could It Be I’m Falling in Love’ and ‘Games People Play’ for The Spinners, Ronnie Dyson’s ‘Just Don’t Wanna Be Lonely’, Dionne Warwick’s ‘Track of the Cat’ album, James Ingram’s ‘I Don’t Have the Heart’, and Elton John’s ‘The Thom Bell Sessions’ EP.

Together with Kenny Gamble and Leon Huff, Bell was one of the major initiators of the lush soul style known as the Philadelphia sound, which was one of the most popular and influential genres of the 1970s.

Bell studied classical music and at the age of 19 worked as conductor and arranger for Chubby Checker. After a few months, he started to write original songs for Checker and ultimately joined the singer’s production company. When that company dissolved, Bell became a session pianist at Cameo Records where he worked with the Delfonics, a local soul group. After their manager created the Philly Groove label in 1968, Bell joined as a producer, working on the Delphonics classics like “La Means I Love You” and 1970’s “Didn’t I Blow Your Mind This Time.”He produced two singles for the group on the Moonglow label as well.

After Bell joined the record production firm run by Gamble and Huff, he worked as an arranger for performers including Jerry Butler, Archie Bell & The Drells, The O’Jays and Dusty Springfield. He arranged some of the early big hits, including the O’Jays’ “Back Stabbers”, on Gamble & Huff’s own record label, Philadelphia International Records, which launched in 1971.

Bell began producing another local group The Stylistics by 1971 on the Avco Records label. He had partnered with Linda Creed by then, and this partnership with participation from Russell Thompson Jr. The Stylistics lead singer generated three exceptional albums and made them one of the era’s dominant songwriting teams.

In 1972, Bell agreed to produce The Spinners for Atlantic Records. The group had been with Motown Records but joined Atlantic when they didn’t get enough attention from Motown. This led to a very successful collaboration that lasted for seven years and eight original albums. With Bell, the group produced five gold albums with songs like “I’ll Be Around”, “Could It Be I’m Falling in Love”, “Games People Play”, and “The Rubberband Man”. In 1975, Bell received a Grammy for Best Producer of the Year.

Also in 1975 Bell produced an album with Dionne Warwick, “Track of the Cat.” This was a year after Bell, Warwick and The Spinners made “Then Came You,” which topped Billboard’s Hot 100 charts and reached Number 2 on the R&B chart.

Bell had gone on to success with Deniece Williams, with her R&B #1 and Top 10 re-make of The Royalettes’ “It’s Gonna Take a Miracle” in 1982

Bell was inducted into the Songwriters Hall of Fame in 2006.