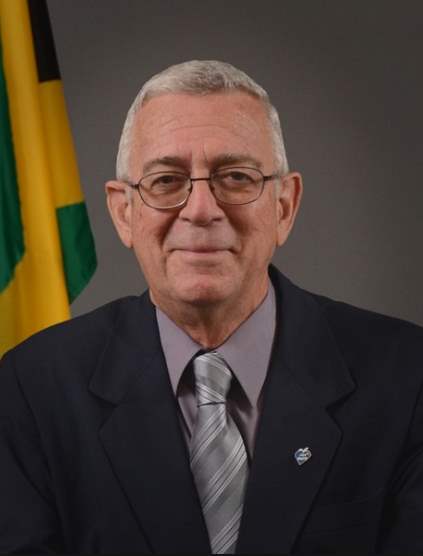 In an ever changing world, the future of our people is etched on the level of education within that society. It is evident that the Jamaica Diaspora Education Task Force (JDETF) shares the same sentiment as stakeholders in Jamaica: education is the key for success.  On Sunday, August 16, 2015 the first meeting of the JDETF, since the recent staging Sixth Biennial Diaspora Conference 2015, was convened via teleconference to rally members of the Diaspora to continue the execution of a six year plan for development of education in Jamaica. The six year plan became the guiding tool for the JDETF in 2013 to assist Jamaica in reaching the goals of Jamaica’s 2030 Vision.

On the call were Minister of State in the Ministry of Foreign Affairs Hon. Arnaldo Brown, Dr. Mark Nicely Senior Secretary, Member Services, Jamaica Teachers Association, and over 60 Diaspora members from the United Kingdom, United States and Canada. The guest speaker on the call was the Minister of Education (MoE), Honourable Ronald Thwaites, who is a strong supporter of the Diaspora initiatives.

Minister Thwaites opened his presentation with a story that grabbed everyone’s heartstrings. He said that a woman who supported her daughter by prostitution had reached out in frustration, because she could not afford to send her daughter to the University of the West Indies (UWI) despite her acceptance. Members of the Diaspora responded to the cause and assisted her. Had it not been for the Diaspora intervention her daughter might not have become a doctor at the Kingston Public Hospital (KPH) in Jamaica.

The Honourable minister further asserted that the current Caribbean Secondary Education Certificate (CSEC) results enjoyed an overall improved performance in some subjects compared to last year; however, further efforts are required. He maintained that, with a focus on improving upon the weaknesses of the education system starting with the three priorities; early childhood education, special education, and a heavy focus on numeracy and literacy, Jamaica should be among the top tier schools.

Mr. Thwaites acknowledged that for further success to take place, more resources are required and that he is working on attaining additional resources as this will assist with the quality of teachers and tools used in and out of the classroom for teaching purposes. As a common theme sung in unison by both the Minister and the JDETF, the heart of education lies with the teachers and having an operative syllabus. Thus, the Minister avowed that teachers will need more accountability to remove feelings of complacency.

During the Q&A session, Mr. Thwaites emphasized the following:

Later in the teleconference, Dr. Nicely announced that the Second Biennial Advancement in  Education Summit which will be staged during the week of March 21-24, 2016 and is expanded to include a 2 day workshop for middle managers in schools from primary to tertiary education.  This initiative started in February 2014 and is a collaborative effort between the JDETF, MOE, JTA and MFAFT. Dr. Nicely stated that the planners of the summit seek to encourage more participation from the private sector as they too are stakeholders in education in Jamaica.

Presently, the very collaborative partnerships between the JDETF, the JTA, the MFAFT, and the MoE are working towards a common goal; that is, to improve the education experience for all students in sync with the MoE’s motto, “Every child can learn, every child must learn”.  While there is much needed improvements, the symbolism of this teleconference speaks volumes. Collaboration between Jamaica and its Diaspora is a vital tool to changing the education landscape and preparing our children for the future.