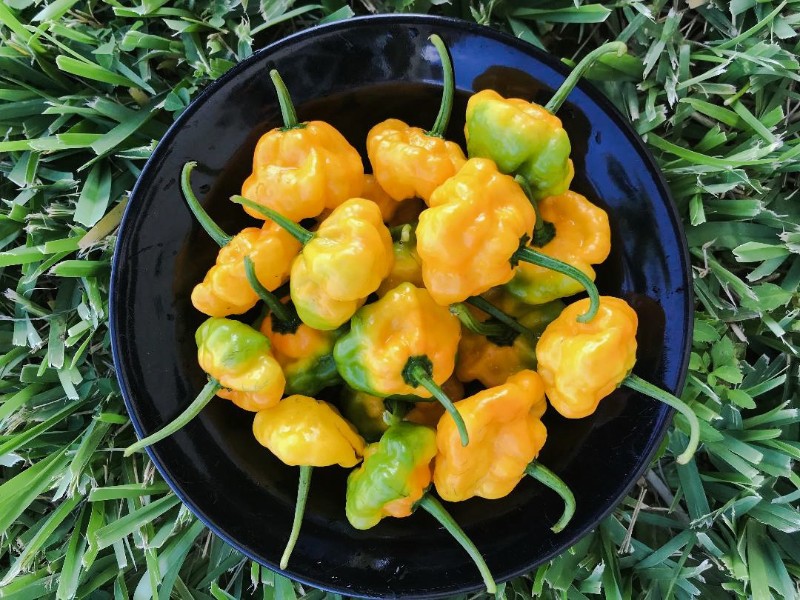 Anyone that’s ever tasted the unique and spicy flavor of Jamaican cuisine will quickly become acquainted with the many uses of Scotch Bonnet pepper. The unassuming pepper packs a powerful punch and is the pepper of choice for creating Jamaican dishes. The majority of jalapeno peppers have a Scoville heat unit between 1,000 and 10,000. In contrast, Scotch Bonnet peppers have a Scoville rating of 100,000 to 350,000.

The Scotch Bonnet is highly versatile. It’s colorful and provides spice to any dish, sauce or salsa, but also adds a sweet flavor that makes it highly prized for seasoning some of Jamaica’s best known specialties. It’s used liberally in jerk sauce and jerk chicken, escovitch fish and escovitch sauce, curry goat and curry chicken, and Jamaican soups, along with patties and peppered shrimp.

The peppers can be used whole to add aroma and essence to a dish – just be careful not to break it open. Two or three thin slices of the skin are appropriate for mild spice, while the skin and a few seeds result in a significant bite to the dish. Anyone that isn’t familiar with the pepper should tread carefully when using it.

The Scotch Bonnet isn’t an item that’s typically found in local supermarkets, though some areas with a substantial Latin population may carry them. The easiest way to procure the peppers is to search for an online retailer. For those that want to try growing some themselves, there are also sources where the seeds and plants can be purchased.

Employ the same safety precautions when growing and harvesting the peppers as when preparing them for cooking. Dainty in size, there’s nothing demure about the peppers. They were being used as early as 1767 and got their name from their growth habit that resembles a Scottish tam. 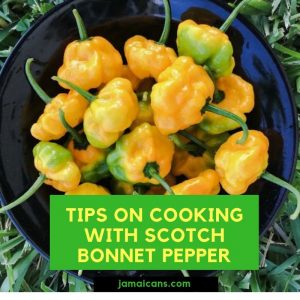