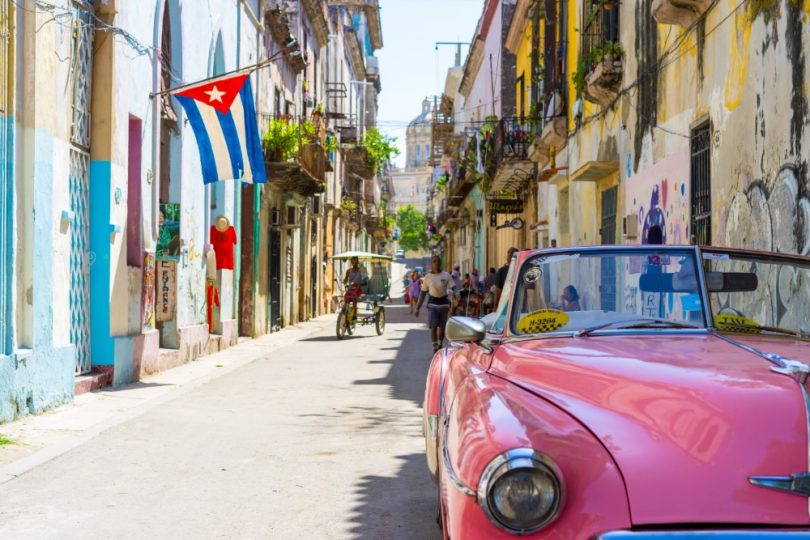 Some of the most important news stories concerning the Caribbean region included a return of pirates to the area waters and their threats to fishermen, political unrest in Venezuela, Russian support for military aid to Cuba, and the launch of the inaugural World University Twenty20 tournament. The news also reported new limitations on travel to Cuba from the US, a visit by British royals Prince Charles and his wife Camilla to the region, the sale of superstar Prince’s estate, and the devastation wrought by a historically strong hurricane in the Bahamas.

DISORDER IN “AMERICAN MEDITERRANEAN” AS PIRATES RETURNED TO CARIBBEAN
Fishermen in Trinidad faced daily danger in the increasingly violent waters between Trinidad and Venezuela. The countries closest to the United States continue to experience a growing disorder. According to Jeremy McDermott, the co-director of Insight Crime, a nonprofit that studies organized crime in Latin America and the Caribbean, the situation was one of “criminal chaos” along the coast of Venezuela. Trinidadian fishermen were attacked by Venezuelan pirates, experiencing crimes ranging from mugging to kidnapping and brutal violence. Since 2015, fishermen on the coast faced major problems trying to make a living, and many have resorted to piracy and kidnapping. The government of Trinidad feared damaging its relationships with Venezuela and therefore did not enforce the laws along its own coasts.

INAUGURAL WORLD UNIVERSITY TWENTY20 TOURNAMENT LAUNCHED
The first World University Twenty20 Tournament was launched and ran from January 10 through 20, 2019. Organizers from the Cricket West Indies (CWI) Caribbean Professional League (CPL) and the University of the West Indies (UWI) Faculty of Sports partnered to host the inaugural event. According to Johnny Grave, CWI’s CEO, the collaboration offers an opportunity for future players in the West Indies to test themselves against university teams from around the globe and help them gain experience in team-building under pressure.

POLITICAL UNREST SHAKES VENEZUELA
A dispute between Venezuela and the United States government escalated when Venezuelan authorities gave US diplomats 72 hours to leave the country. The move came after Donald Trump stated his recognition of Opposition Leader Juan Guiado as the interim leader of the country. Venezuelan President Nicolas Maduro made the decision to break diplomatic ties with the US after Trump’s remarks. Madura was sworn in as president after a contested election in a move condemned by many nations.

38 MILLION EUROS GIVEN BY RUSSIA FOR MILITARY AID TO CUBA
Russia gave approval to a 38-million-euro loan ($43.27 million) for the defense sector in Cuba. According to a senior Russian defense officer, the agreement was announced in November 2018 following a meeting in Moscow between Russian President Vladimir Putin and Cuba’s President Miguel Diaz-Cane and was ultimately finalized. Moscow planned to provide a loan to Cuba to purchase Russian tanks, armored vehicles, and helicopters.

BRITAIN’S PRINCE CHARLES AND CAMILLA VISITED THE CARIBBEAN
Prince Charles, Prince of Wales and heir to the throne of England, and his wife, Camilla, Duchess of Cornwall, made a tour of the Caribbean, completing their visit with a short stop in the Cayman Islands. Their 12-day-long trip brought them to several Commonwealth countries in addition to a historic visit to Cuba. This was the first time any British royals visited that country. As part of his visit, Prince Charles opened the new Owen Roberts International Airport in the Caymans. A large crowd greeted the couple as their plane touched down. The royal couple also visited the Blue Iguana recovery center and a visit to a pagoda to discuss the ways the finance industry can help local businesses with their environmental projects.

UNITED STATES RESTRICTED CRUISE SHIP TRAVEL TO CUBA
The United States announced that it would impose new rules to limit travel by Americans to Cuba. Included in the limitations were bans on group tours and cruise ship stops in Cuba. The new restrictions were designed to increase economic pressure on the Cuban government. The goal of the travel limits was to restrict non-family travel to the island nation in order to hold its government accountable for its repression of the Cuban people and its support for the Maduro government in Venezuela.

CARIBBEAN ESTATE OF DECEASED SINGER PRINCE SOLD FOR $10.8 MILLION
The estate of the superstar singer and recording artist Prince located on Providenciales in Turks and Caicos was sold for $10.8 million. The unique home featured a purple concrete driveway and a purple velour-lined movie theater and was on the market for several years.

PETER JAMADAR OF TRINIDAD NAMED NEWEST JUDGE ON CARIBBEAN COURT OF JUSTICE
The jurist Peter Jamadar of Trinidad became the newest judge on the Caribbean Court of Justice (CCJ). He will serve from July 15, 2019, and succeed Justice David Hayton, who is retiring after 14 years on the bench. The appointment of Jamadar was announced following his swearing-in by Trinidad’s president Paula Mae-Weekes. Jamadar said he was honored and proud to be named to the Court and considers it the “pinnacle achievement” for a legal practitioner in the Caribbean.

HISTORIC CARIBBEAN REPARATIONS AGREEMENT SIGNED BY TWO UNIVERSITIES
Dr. David Duncan, chief operating officer at the University of Glasgow, and Professor Sir Hillary Beckels, vice-chancellor of the University of the West Indies, signed a contract concerning slavery reparations that was the first of its kind since those enslaved by the British were emancipated in 1838. This was the first time in history that an institution based in the United Kingdom, which had profited from slavery, apologized for its role and put money toward redressing its wrongs. The agreement involved a total of £20 million or US$24,308,500. It was signed at UWI’s regional headquarters in Kingston, Jamaica, on July 31, 2019. The money will be used for research and development-based initiatives between the two universities over a period of 20 years under the oversight of the Glasgow-Caribbean Centre for Development Research and will be jointly owned and run.

BAHAMAS SUSTAINED DEVASTATING DAMAGE FROM HURRICANE DORIAN
Hurricane Dorian hit the Bahamas as a Category 5 storm with winds up to 185 miles per hour, and torrential rains bringing devastating flooding and desperation to the nation’s people. It was the most powerful storm to strike the Bahamas in recorded history and remained stationary over Abaco and Grand Bahama islands for several days. Thousands of homes were destroyed or severely damaged, and people were trapped in their attics for the duration. Despite the damage, Bahamian authorities said the nation was open for business as rescue efforts continue. Joy Jibrilu, Director General of the Bahamas Ministry of Tourism and Aviation, reported that Nassau, where most of the nation’s major resorts are located, still operated as did other islands, including Eleuthera and The Exumas.10,000-square-foot beachfront main house lies on almost six acres of land.

Photo by Alexander Kunze on Unsplash