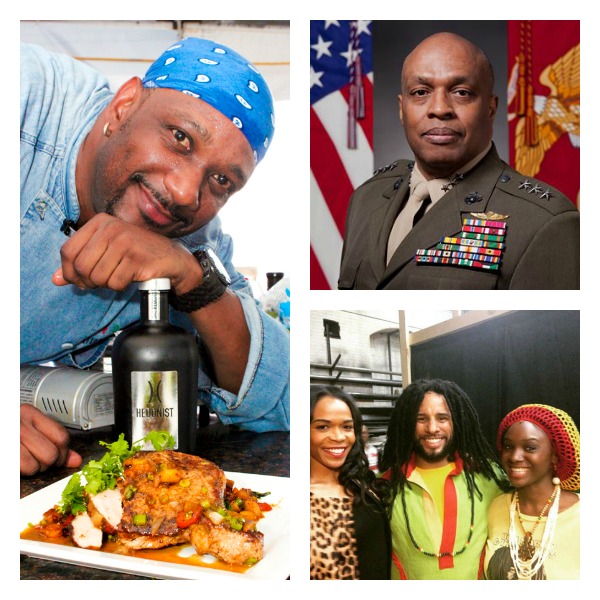 Jamaicans in the Diaspora had an eventful year in 2015. The Jamaican Diaspora remained an important resource in 2015. The Biennial Jamaican Diaspora Conference focused its energies on promoting the many investment opportunities available in the country. A Jamaican was chosen to lead the United States Defense Intelligence Agency, and advocates of reparations launched a new organization to support their cause. Yvette Clarke, congresswoman from New York, expressed her disappointment when a new immigration program was halted by a federal district judge. A new Jamaican ambassador to the U.S. took office in 2015. Jamaican creativity continued to make its mark, with public television in the U.S. airing a Caribbean cooking series hosted by Chef Irie, and the cast of the Bob Marley musical gave a free performance in Baltimore following social unrest in that city in support of the power of music to change lives, The Jamaica-Canada farm workers’ program continued to provide employment opportunities for Jamaicans during the year.

DIASPORA CONFERENCE FOCUSED ON INVESTMENT OPPORTUNITIES
The Sixth Biennial Jamaica Diaspora Conference held in Montego Bay focused on the many opportunities for investment in Jamaica. According to Arnaldo Brown, the emphasis on the topic represented a continuation of activities initiated in 2013. The topic also reflected statements by members of the three largest Diaspora communities (United States, Canada, United Kingdom) that they typically receive very little information about investment opportunities on their home island. Major General Vincent R. Stewart of the United States Marine Corps was named the 20th director of the Defense Intelligence Agency (DIA). He was also named the commander of the Joint Functional Component Command for Intelligence Surveillance and Reconnaissance. Stewart received his education at Kingston College and joined the U.S. Marines in 1981. He was confirmed by the U.S. Senate following the retirement of his predecessor.

CLARKE EXPRESSED DISAPPOINTMENT AT U.S. IMMIGRATION POLICY
Yvette D. Clarke, Caribbean American Congresswoman from New York, expressed her deep disappointment at a ruling from a United States federal district judge delaying the implementation of a new immigration plan. The plan was designed to allow thousands of immigrants from the Caribbean a chance to apply for work permits and other legal protections. Clarke represents the Ninth Congressional District of Brooklyn in New York, and her parents are Jamaican immigrants. She said the ruling was unprecedented. The Public Broadcasting System (PBS) in the United States featured the Caribbean cooking series of programs entitled “Taste the Islands” beginning in April of 2015. The series, which has seven parts, is hosted by Chef Irie and is the first Jamaican-produced series to receive national airing on the PBS television network. The program features Caribbean celebrities, including reggae musicians, and other guests.

REPARATIONS COMMISSION LAUNCHED
Many advocates of reparations, including Pan-Africans and social justice organizations in the United States, Latin America, the Caribbean and Canada met in New York City April 9 through the 12th, 2015 to launch the National African-American Reparations Commission (NAARC). The committee included Professor Verene Shepherd of Jamaica.

CANADIAN FARM WORK PROGRAM CONTINUED
The Canadian farm work program, which employs some 8,000 Jamaicans every year in the North American country, was not eliminated in 2015. According to Counselor Kate O’Brien, an official at the Canadian High Commission in Kingston, the program remains “alive and well” and was never in jeopardy, despite reports of problems in Canada’s Express Entry immigration program that might make it impossible for Jamaicans to travel to be seasonally employed. The musical Marley, based on the reggae giant Bob Marley

The whole cast of the Bob Marley musical, which opened in Baltimore, Maryland, gave a free concert to the people of the city at the Penn and North intersection. This street intersection had been the focus of demonstrations protesting the killing of Freddie Gray by police. The cast encouraged residents to join them in the “healing gift” of the songs of legendary reggae icon and freedom fighter Bob Marley.

NEW JAMAICAN AMBASSADOR NAMED TO UNITED STATES POST
Ralph Thomas, previously serving as Jamaica’s Ambassador to the People’s Republic of China, was selected to be the island’s new Ambassador to the United States. He replaced Ambassador Stephen Vascianne. Announcing the appointment, A.J. Nicholson, Minister of Foreign Affairs, noted that the new Ambassador had served in China during a critical time for Jamaican-Chinese relations. Nicholson said he expected Thomas to bring the same level of critical thought and creative energies he demonstrated in China to Jamaica’s relationship with the United States.

BRITISH TOWN TO GET REGGAE SCHOOL
Debbie Forbes, whose passion for reggae music began when her father Kenneth Lloyd of Savanna-la-Mar in Westmoreland came from Jamaica to the United Kingdom in 1944 to join the Royal Air Force. Forbes inherited her father’s love of music and as a teen, she visited Jamaica and experienced Reggae Sunsplash. As part of her effort to keep reggae alive, she is promoting a reggae school to expose young people to the Jamaica’s music and culture. Her project is in its early stages and she is discussing the matter with her local council to involve schools and obtain funding so that the school will be operational by the end of 2016. She hopes to gain the support of Jamaican reggae musicians to help with the teaching at the school.

JAMAICAN DIASPORA PROVIDES STORM AID TO DOMINICA
The Jamaican Diaspora in New York helped Dominica in recovering from the major damages incurred during Tropical Storm Erika. The Diaspora, especially its reggae community, reached out to the Commonwealth of Dominica, Jamaican-born Irwine Clare reported that Jam Radio, based in Queens, New York, and Team Jamaica Bickle used the Jam 22nd Anniversary Festival on Labor Day 2015 to collect items for hurricane relief. The collection was a partnership between the Dominican consulate and the Jamaican Diaspora USA, NE.