The Truth of Our Immigrant Agenda - They should not cast us as the “other” - Jamaicans.com 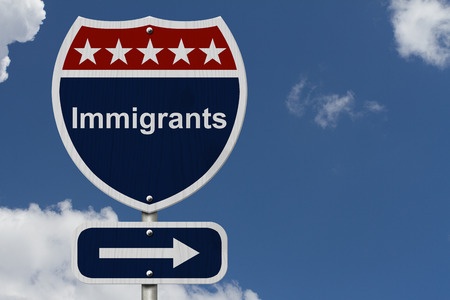 As Caribbean immigrants, we believe that you work hard for what you want, and are then rewarded with a piece of the American dream. That’s what we want for ourselves and for everyone else in this country. We can’t become presidents, but our kids certainly will one day. Just like every other president of America has been the child or grandchild of an immigrant.

As first generation citizens we don’t buy into the belief that the president is someone you must want to have a beer with. That’s the notion of spoiled and entitled people who prioritize style over substance. Where else could we find folks who believe a combative, uber-capitalist, reality television star who rooted for the housing meltdown and has jilted contractors out of millions in pay is more qualified to look out for the interests of the nation and the free world, than a more even-tempered, knowledgeable, well spoken lawyer with decades of experience in government, foreign affairs and public service? It’s not about thinking one person is better than another because of their formal education or how they use words. It’s about thinking one person is better qualified than another for a particular job because they’ve chosen to educate themselves in that field, and because they use words to promote vision and progress rather than fear and intolerance.

As black people and the descendants of slaves we believe that a president must not lead only on behalf of people who look and sound like him or herself, rather on behalf everyone he or she represents. They should not feed the notion that one group is superior to another simply because they are greater in number or have more money. They should not cast us as the “other”. After all, we’re not looking for extended welfare or handouts, we’re looking for opportunity and a hand up. We want to be confident that the least among us will be cared for, the most ambitious among us will be given the chance to shine, and that everyone among us will be given a fair chance at achieving our shared American dream.

Calibe Thompson is a television producer and personality, public speaker and author. Watch her on ‘Island Origins’ Mon at 10:00PM and Tues, Thurs and Sat at 9:00PM on South Florida’s BECON-TV (Ch 63 / Comcast 19), and follow on  Facebook.