Trying To Be Sexy With A Baggy Thong—Just Being Funny By Caribbean Comedian Onicia Muller - Jamaicans.com 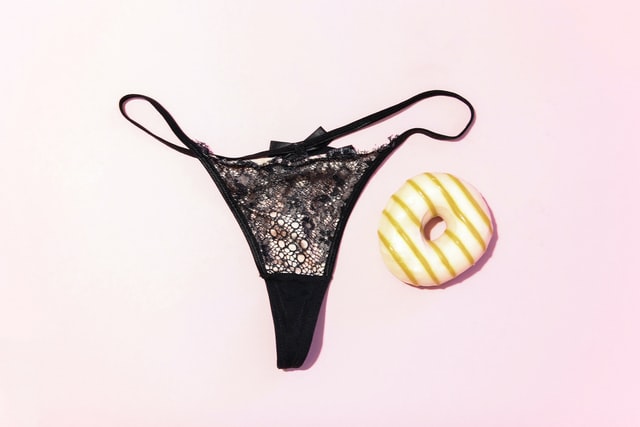 While vacationing in Europe, my friend convinced me to buy a purple thong and bra set. Why? Because that’s what teenage girls do when set free in Europe without adult supervision. There it was, my first thong: lacy and purple.

My buttcheeks were ready to gobble the string like royal floss. Get it, because purple is the colour of royalty and thongs are like butt floss. I’ll see myself out.

So, based on that experience and the fact that you can’t try on underwear in stores, I had to make an executive decision. For specialty underwear, do I buy my size or do I go a size up?

My friend, who owned several thongs, tried to convince me to go a size down since thongs were all about being tiny and sexy. However, the last thing I needed was for my G-string underwear to split me between the cheeks. I’d already learned that lesson. No, I’d go a size up.

Sadly, I didn’t really learn my lesson. If I had, I would have gotten underwear in, you know, the size I normally get underwear in. I should have asked a clerk instead of trusting my misguided big-booty friend.

Or at minimum I wouldn’t have waited until the first day of school to try on my new thong. No, I should have done that in Europe when I still had the chance to return it.

So, I pull up my underwear, and it’s not like swimming, but it just feels like the thong is just floating between my cheeks. Actually, what I felt was a rush of wind. I was uncomfortable, but instead of swapping the new thong for a tried and true, I pressed on. I hoped that my jeans would resolve my little butt draft issue.

Now, the following thought was illogical, but it’s my truth.

So, I had my underwear and pants on, but I still felt like my cheeks were flapping in the wind. This thong was giving no indication that it was on securely. In fact, the waistband was kinda slack. This caused me to envision the thong magically slinking to the floor.

How, you wonder? Well, you know how you can remove your bra without taking off your top and it just musically slides out one sleeve? Well, for some reason, I kept having this thought like I’m gonna be walking and then this thong is gonna slide out my jeans and everyone is gonna know that the goddess was wearing big underwear.

So I spend the day walking around super paranoid. My butt was so clenched that I was sure I could ground a brick into dust.

Looking back, I realize that there was no way for my underwear to slide down my pant leg, but that’s just what I feared. Needless to say, I added the purple thong to my growing pile of defective lingerie.

Shout out to all the panty connoisseurs.

Photo by Dainis Graveris on Unsplash