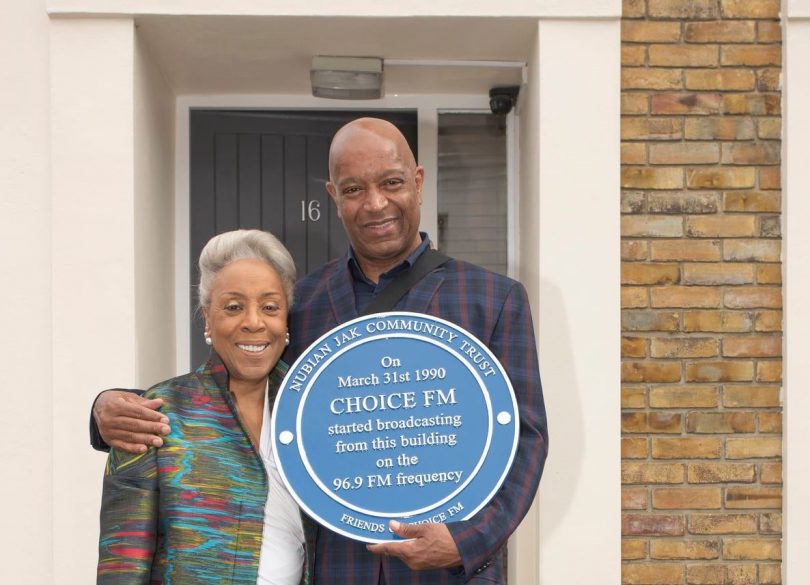 The original headquarters building of Choice FM, the first and only Black-licensed radio station in the United Kingdom, received the coveted Blue Plaque indicating its designation as an English Heritage site. Choice FM, which started broadcasting at 96.9FM in 1990 was awarded the Blue Plaque on April 1, 2021, a date marking the 31st anniversary of the station.

The unveiling of the plaque was organized by the station’s co-founder, Jamaican Neil Kenlock, Dr Yvonne Thompson CBE and former director, Mayor Councilor Philip Normals, and the Nubian Jak Community Trust, one of the three commemorative plaque programs that are publicly endorsed by English Heritage, an organization responsible for caring for more than 400 historic buildings, monuments, and sites in the UK. The station’s original headquarters are located at 16-18 Trinity Gardens in Brixton. The Choice FM Blue Plaque Group and other Black community members funded the new plaque via donations to a GoFundMe account. The funds will also be donated to the African Caribbean Leukemia Trust (ACLT). 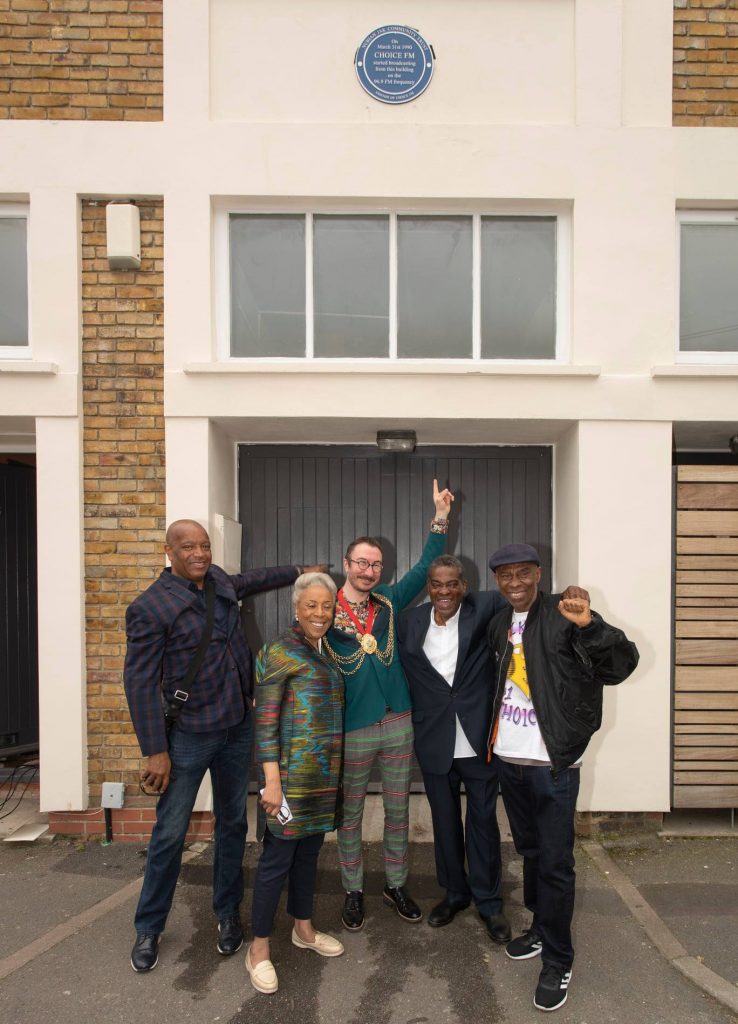 According to Sonia Winifred, Councilor and Cabinet Member for Equalities and Culture, Choice FM will always have a special place in the hearts of the Lambeth and Brixton communities. As the first licensed and independent Black music radio station, it provided the Black community “a sense of pride and belonging.” She noted that no other place has replaced it in importance and that “a great deal” is owed to its co-founders Neil Kenlock and Patrick Berry.

Neil Kenlock, a photographer and media professional, was born in Port Antonio in 1950 and was raised by his grandmother until he migrated to London to join his parents in Brixton in 1963. Kenlock is recognized as being “at the forefront” of those documenting the Black experience in the UK. He began taking photographs as a youth in South London, capturing the lives of the local community and portraits of individuals upon family occasions. His work overall represents a depiction and exploration of the many facets of Black British history and culture.

Over its history, Choice FM was a champion of all genres of Black music and introduced performers from around the world, winning many awards including the MOBO and Sony Radio Academy Awards.

Kenlock said that many Black British people, as well as members of other communities, remember Choice FM and recognize the heritage it has left behind. The radio station provided opportunities for UK and global artists, businesses, local community groups, and charities that had no other media outlet, he noted, adding that there has never been another Black-owned, commercially licensed station broadcasting across London. Kenlock also stated that celebrating the station’s anniversary is important for both those who remember it and those who may be unaware of this piece of British history. The Blue Plaque will serve to highlight the work and experience of descendants of the Windrush Generation and the enormous impact they made on the radio and music industries in the UK.

Choice FM was acquired by the Capital Radio broadcasting group in 2004, now known as Global Media, and was rebranded as Capital Xtra in 2013.

The London Blue Plaque program is designed to connect present-day buildings with the people and events of the historical past. There are currently over 900 Blue Plaques in the city and 25 in Lambeth that celebrate the lives of notable individuals linked to the area, including Bob Marley, Charlie Chaplin, and Vincent Van Gogh.