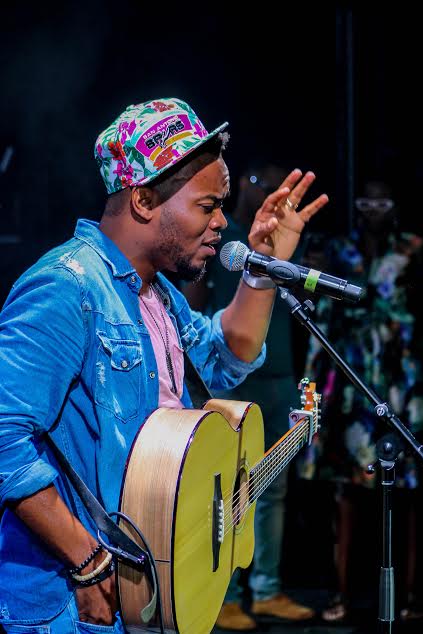 If the first staging of Unity In The City is the mark by which the event shows its viability as a regular on the national entertainment calendar, then this ‘praise fest’ is here to stay.

The event, organized by SWOT Business Solutions, was intended to revolutionize the gospel industry in Jamaica, and was needed to shatter the hopelessness and weariness Jamaicans were experiencing as a result of the current state of crime and violence.

The event greatly exceeded the organizers expectations as thousands of patrons packed the National indoor Sports center on Easter Monday to support the stellar lineup of artistes and comedians who took the stage to unite for peace at Unity In The City. The concert is already being dubbed the best concert of the year thus far and the top paid gospel concert of all time.

“It was expected to be the most epic family experience for the Easter and the results exceeded our expectations. The patrons turned out in full support of the event, the atmosphere was charged, it was electrifying, the reactions were gripping and the ministry was genuine.  Indeed, we are overwhelmed at what God has done. We would like to thank our sponsors and all the performers who all played their part in making unity in the city – the ultimate experience of the year.” Antoinette Ennis the Key Organizer for the event shared

The event was off to a slightly later start than the 6pm advertised, however the wait was worth it when the IWorship Band kicked off the live performances. The acts only intensified with bursts of comedic sets throughout the night as gospel front runners Kevin Heath, Rondell Positive, Kevin Downswell, Jermaine Edwards , Travis Greene and Papa San among others performed for the jubilant crowd.

Comedy merged with gospel is definitely a new concept but one that certainly was successful at Unity In The City. Comedians Ity, Bello and Blacka were able to tie their presentation effortlessly to the mixed audience and found humor in the changing face of gospel music throughout the years.

“We didn’t have to change our set dramatically for Unity in The City because we were always very topical comedians and perform sets the whole family can listen to. I’m very pleased with the amount of young people who supported the event because it shows that Christianity appeals to young Jamaicans and that is a good sign for our society in general” Comedian Blacka Ellis commented

Unity In The City marked the beginning of the “Unity Movement” which hopes to unite the nation, especially the Christians, believers and gospel community who are considered the key persons to lead the nation to unite for peace.