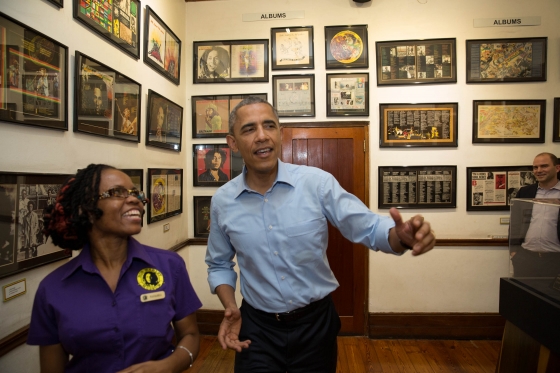 US President Barack Obama congratulated Jamaica on it’s 53 years of Independence via a statement by United States Secretary of State John Kerry.  Below is the full Statement:

On behalf of President Obama and the people of the United States, I extend my warmest congratulations to the people of Jamaica as you celebrate 53 years of independence this August 6.

This year has been an historic time of bilateral and regional engagement. President Obama’s visit to Jamaica generated great momentum in our joint efforts promoting youth entrepreneurship, economic growth, and energy security, and combatting transnational crime through the Caribbean Basin Security Initiative.

In support of the Caribbean Energy Security Initiative, we are partnering with the Government of Jamaica and the private sector to promote energy efficiency and integrate renewables into the island’s energy grid. This past year, the United States advocated for greater Jamaican and Caribbean energy security and self-sufficiency by hosting the Caribbean Community, the Dominican Republic, and development partners at the Caribbean Energy Security Summit. We will also sponsor a Dialogue between Democracies in the coming year—a series of public and academic events advancing and deepening our vital bilateral relationship.

As you mark this day, be assured that the United States Government remains a steadfast partner and friend. Happy Independence Day.