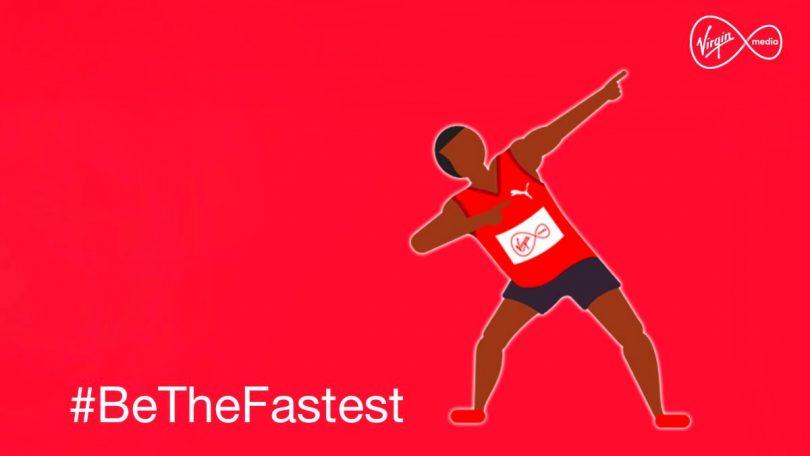 Jamaica’s Olympic champion sprinter Usain Bolt has received a new honor: a Twitter emoji. When Twitter users type in the tag #BeTheFastest they will see the Bolt emoji, which shows a likeness of the runner in his trademark “to the world” pose. The Bolt emoji represents part of Virgin Media’s new campaign that also includes a 100-second advertisement that honors Bolt as its brand ambassador ahead of the start of the 2016 Olympics in Rio. Exclusive emojis were introduced on Twitter in 2015 when several angel emojis were provided to commemorate the visit of Pope Francis to the U.S. Twitter sports emojis were introduced in 2010 around the time of the World Cup. Known as “hashflags” at the time, they were very popular throughout the world, and Twitter capitalized on their popularity by investing more in their development. Sports emojis, which provide a sense of real-time involvement for fans, have been especially well received.

About Twitter
Twitter is an iconic service and global platform for self-expression and live conversation. Twitter has always been the best place to see what’s happening now. Whether it’s breaking news, entertainment, sports, or everyday topics, only Twitter lets you connect with people anywhere in the world with live conversation. Anything that happens, you see it first on Twitter. By developing a fundamentally new way for people to consume, create, distribute and discover content, Twitter enables any voice to echo around the world instantly and unfiltered. Twitter is available in more than 40 languages around the world. The service can be accessed at Twitter.com, on a variety of mobile devices and via SMS. For more information, visit about.twitter.com or follow @twitter.

The company’s dedicated, ultrafast network delivers the fastest widely available broadband speeds to homes and businesses. We’re expanding this through our £3bn Project Lightning programme, which will reach 17 million premises by the end of 2019.

Our interactive TV service brings live programmes, thousands of hours of on-demand programming and the best apps and games in a set-top box, as well as on-the-go for tablets and smartphones.

We launched the world’s first virtual mobile network, offering fantastic value and services. We are also one of the largest fixed-line home phone providers in the UK and Ireland.

Through Virgin Media Business, we support entrepreneurs, businesses and the public sector, delivering the fastest speeds and tailor-made services.

Virgin Media is part of Liberty Global, the world’s largest international cable company, with operations in more than 30 countries.