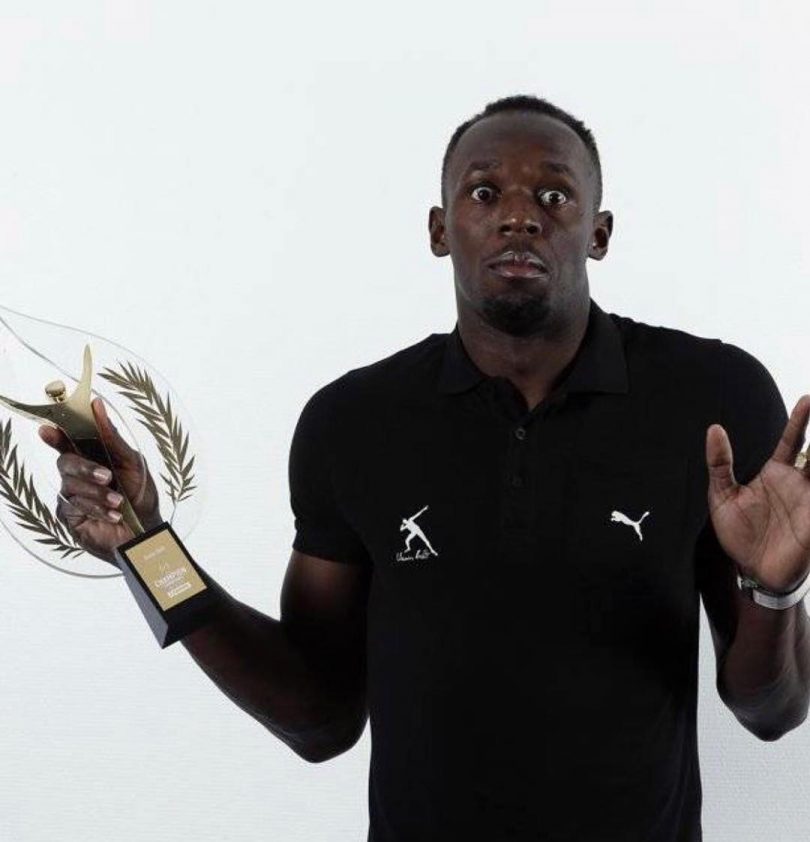 Jamaica’s Olympic champion sprinter Usain Bolt received the President’s Award at the International Association of Athletics Federations (IAAF) awards ceremony held at the Grimaldi Forum in Monaco on November 24, 2017. The President’s Award honored Bolt, the eight-time Olympic gold medal winner, for his “great service to athletics.” Bolt retired in 2017 after winning a bronze medal at the Worlds Championships in the 100 meters. He received the Male World Athlete of the Year title from the IAAF in 2016. Bolt is the first athlete to hold world records in both the 100-meter and 200-meter distances. As a member of Jamaica’s 4×100-meter relay team, Bolt also holds a world record in that event. He is the reigning Olympic champion in the three events, and his dominance in sprint competitions has given him the reputation of being the greatest sprinter in history. Essa Barshim, a high jumper from Qatar and heptathlete Nafissatou Thiam of Belgium were named the male and female World Athletes of the Year for 2017. Barshim, the first high jumper in history to make a leap of 2.40 meters or higher for five years in a row, was undefeated for the season in 11 competitions. He won the Diamond League title as well. Thiam won the European indoor pentathlon title and reached third place on the heptathlon all-time list, garnering 7,013 points at a meet in Austria in May. IAAF president Sebastian Coe said he was “excited” by the younger generation of talented athletes competing in 2017 and believes the future of athletics is in safe hands.