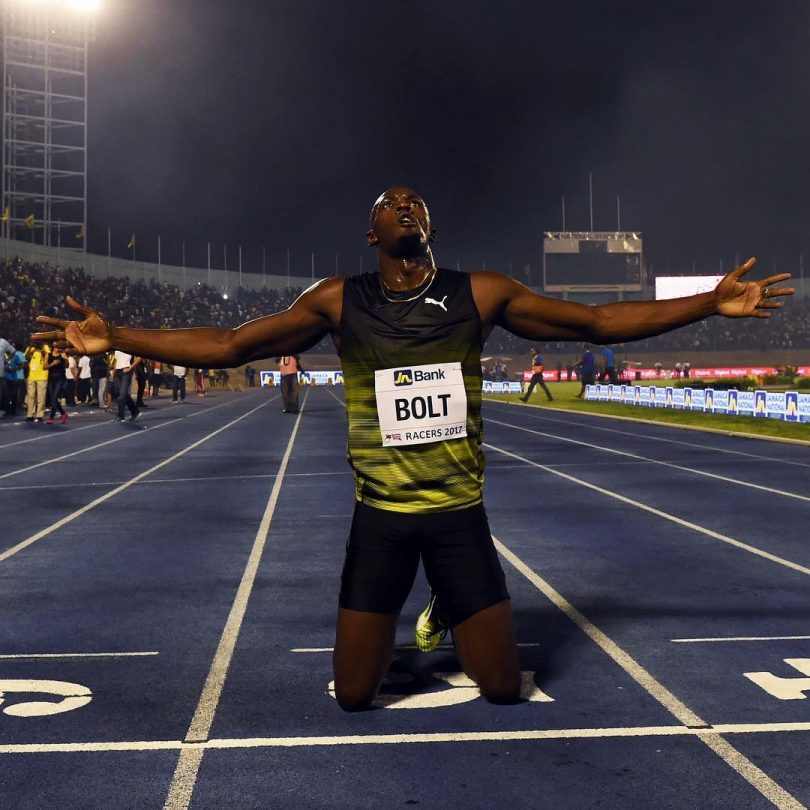 Usain Bolt, Jamaica’s sprint champion and eight-time Olympic gold medalist, ran his final race in his homeland on Saturday, June 10, 2017, winning the 100 meters at the JN Racers Grand Prix with a time of 10.03 seconds. The time was short of his 9.58 second world record, but equal to the time he ran in the 100-meters a decade ago. After the race, a huge display of fireworks lit up the sky over National Stadium in Kingston to mark the event. Bolt was overcome when thanking his fans, saying “There are no words.” He then expressed gratitude to his parents, his friends, and Jamaica, noting that he could not have achieved his success without their support. Commenting on his last appearance in Jamaica, he said, “I never expected this. It’s big to see everybody turn out. It shows that they appreciated what I did, and it was a honor for me.” The event, entitled “Tribute to a Legend,” drew a crowd of about 30,000 people, including Jamaica’s Prime Minister Andrew Holness and the president of the IAAF, Sebastian Coe. Also in the crowd were multiple Olympic gold medal winners David Rudisha of Kenya and Mo Farah of Great Britain.