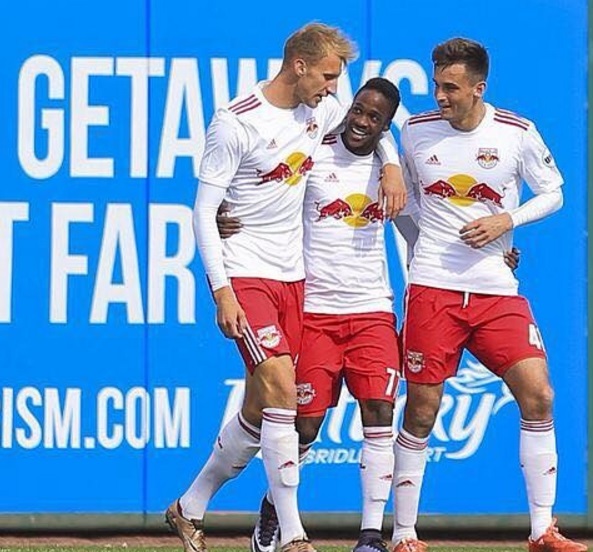 Jamaica’s Junior Flemmings, forward for the New York Red Bulls II, was named to the USL Team of the Week for his one goal and assist against Louisville City FC. Flemmings, 20, was making his debut appearance for the Red Bulls II at the time. He made his only shot of the game in its 29th minute and put his team ahead in the scoring. At the 79th minute, Flemmings made his assist to Brandon Allen with a perfect pass, allowing Allen to make the goal. The next appearance of the Red Bulls II will be Sunday, April 10, 2016, at Red Bull Arena versus Bethlehem Steel FC.