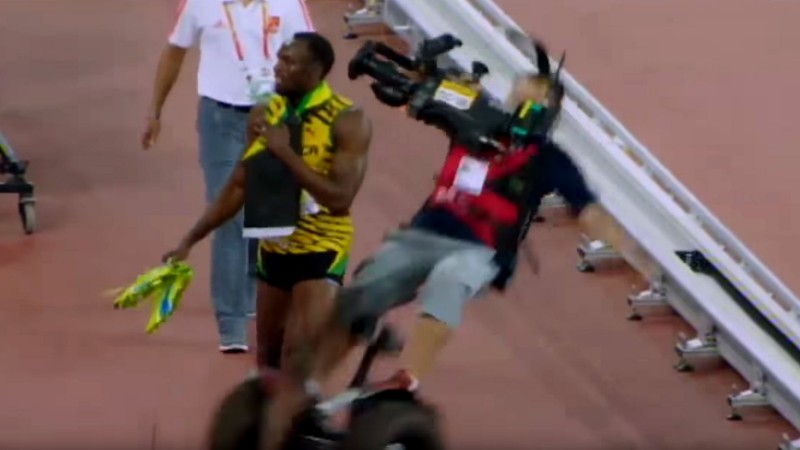 Shortly after defeating Justin Gatlin of the United States in the 200-meter race at the World Championship in Beijing, China, Jamaica’s sprint legend Usain Bolt was knocked to the ground while celebrating his win when a cameraman on a Segway scooter lost control and ran into him. Bolt joked that he was starting a rumor that Gatlin paid the cameraman to do it. Taking part in the joke, Gatlin responded by saying that he wanted his money back. Bolt did not seem to be seriously injured and said he was hit in the calf area of his leg and not in his Achilles tendon. He planned to get the area massaged and “ice it up a bit,” which he thinks will take care of it.