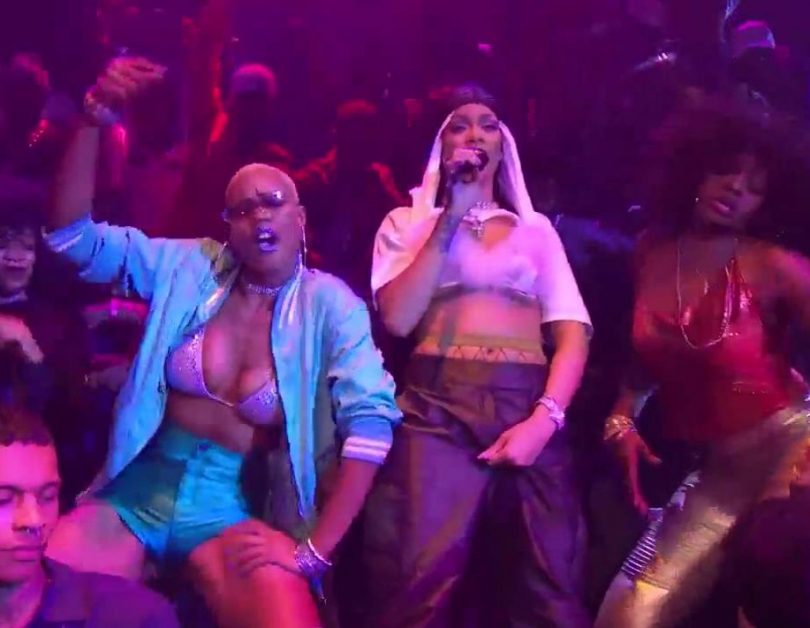 The MTV Video Music Awards on August 28, 2016, were marked by Rihanna, who was expected to provide some highlights of the program and did not disappoint. :Bad Gal RiRi’s” performance of some serious dancehall style. Wearing silk pants, a furry bra, fishnet do-rag and backed up by dozens of dancers, Rihanna showed her love of dancehall during an evening of medleys. She performed hit reggae fusion tunes like “Rude Boy, ” which was combined with “Pon de Replay,” her debut single. She also performed “What’s My Name?” and “Work.” While the addition of Drake to Rihanna’s performances was planned, he was held up by traffic and could not join her on stage. Rihanna gave a total of three performances, including the opening number, at the VMAs and let it be known that reggae/dancehall is her favorite music. Drake was present to present her with the 2016 VMA Vanguard Award. The award, which is given to musicians whose body of work has had a “profound” impact on the culture, was previously known as the Lifetime Achievement Award, but it was renamed in 1991 for Michael Jackson in recognition of his significant contributions to pop music and culture.