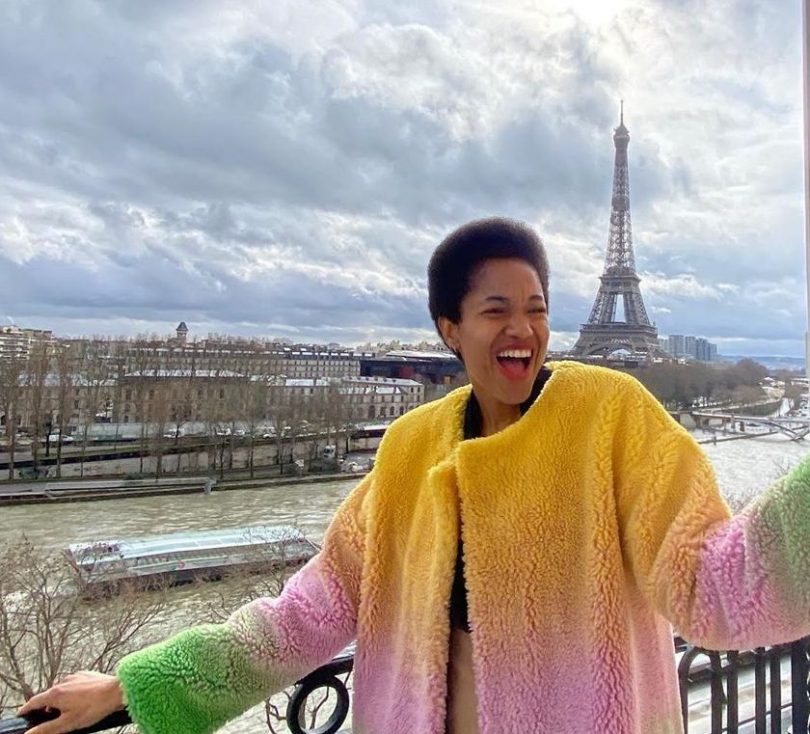 Jamaican-born Tamu Mcpherson, who is currently based in Milan, Italy, is among the “tastemakers” featured by Vogue fashion magazine to discover how they are taking care of themselves during the COVID-19 pandemic, which has prompted self-isolation, self-quarantine, and social distancing efforts worldwide.

Mcpherson is the force behind the popular fashion community known as All the Pretty Birds, and she is spending her time in self-isolation listening to podcasts and watching favorite shows on Netflix to spice up her life at home. She particularly cited the podcast of Tara Brach as helping her work through the emotions she has felt during what Tamu describes as “this intense moment”. She also finds the meditation practice helps to raise her spirits. Her favorites at Netflix include Self Made: Madam C.J. Walker; Sex Education; The Single Moms Club; Elite; and  Queen Sono. She also works out on most days on “an old treadmill I dusted off.” She walks or jogs on it about a half-hour per day and also completes one of the fitness challenges posed by her friends. She did acknowledge that she doesn’t push herself as she would normally, but her routine helps her keep her body in shape during the lockdown.

Tamu Mcpherson was born in Jamaica and raised in New York. She told Essence magazine that she began taking “street style” photos in 2008 for the Italian edition of Glamour magazine. Afterward, she started to write feature articles for Vogue Pelle; she then became a contributing writer to Vogue Italia. In November of 2008, she launched All the Pretty Birds. She became editor-in-chief of Grazia magazine in 2013.  In her career, she has worked on some of the highest-profile fashion publications and websites, including Glamour US, Harper’s Bazaar US, Metro and Refinery 29. She also served as Style Director of Out There, a global creative agency.

Mcpherson describes herself as “a lion, a distracted daydreamer, hopeless romantic, legally blonde, pretty in pink, fiercely loyal, genetically engineered to seek out the happiness of my loved ones, simplistically idealistic, champion for the underdog, too sensitive at times, and just plain human.” She has been called a visionary by her peers and uses her platform to move the fashion industry toward practicing a much greater degree of inclusion.